Fact of the Day: Yellow Emperor 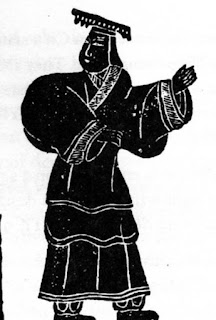 The Yellow Emperor is a deity in Chinese mythology and possibly historic though his reign would have been around 2700 B.C. if he actually was real. In some versions of the fables, he was said to have been born to a woman named Fubao, who convinced him without a father but a lightning bolt from the Big Dipper.
Posted by Adam at 12:00 AM

I've never heard of him, but now I'm curious.

Long ago I read a novel about the Virgin Mary and the author's description of the moment of conception was like the "lightning bolt from the Big Dipper".

Frightens me, I don't thinks so.

I'm actually really interested in Chinese history so I should read on these things more.
PS Are you guys affected by Florence? Hope y'all are ok.

So many children are born by a lightning bolt from the Big Dipper!

Adam, You must be a very good reader, knowing all this stuff. I am doing well to know American history. LOL. I hope if this comes up on Jeopardy , I can remember. :) Blessings, xoxo, Susie

I never heard about this one. Interesting story though.

I can't think of what to write because I'm laughing too hard at Debra's comment!

That is quite amusing from the Trivia book of questions.
You sure dig up some amusing tit-bits Adam!
Colin