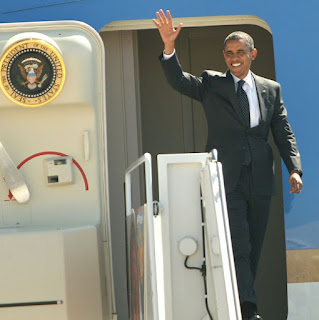 Former President Obama said these words not long ago ahead of the mid-term elections, calling Donald Trump out on his refusal to condemn far-right lunatics who committed violence and intimidation in Charlottesville, Virginia. Trump campaigned on racism, and constantly does racist things as President. Trump supporters shouldn't exactly be shocked on Trump's consistency of being a bigot. But it sure says a lot of about their own character when they can support such a man each and every day.
Posted by Adam at 12:00 PM

And he is absolutely right.

He is so right!

PS: Turnip Top is a dictatorial bigot and seems he now has more problems with this cronies and - now what's it called ? oh yes
money laundering - tut tut tut!

It's so disturbing that people just can't see what an immature bigot he is. I know Obama was trying to stay out of it, but he needed to say something sane in the craziness that is going on in our country.

I have to agree with him on this.