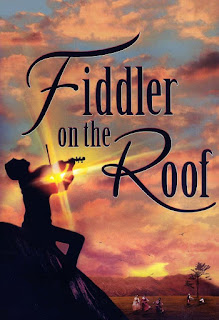 Fiddler on the Roof is certainly a much older film than what I usually review. I've heard about it for years, but the only thing I knew about it was that it was based on the lives of Jewish people. I was expecting something set during the Holocaust, but this one is actually set during the Russian Empire before the rise of Communism and the Soviet Union. I actually have a small amount of Jewish ancestry, so these movies mean more to me now after my genetics test. 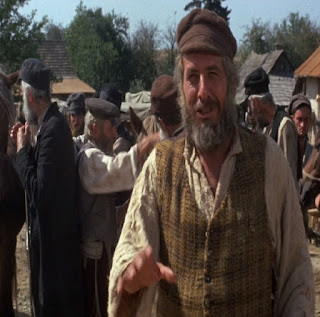 The movie's main character is Τevye, an aging and poor milkman in the Russian Empire. He breaks the fourth wall and tells the audience about the traditions of his local community, mainly his Jewish friends and family. He also talks about outsiders, but since most of them don't bother him or his community, there is a "harmony" of sorts. 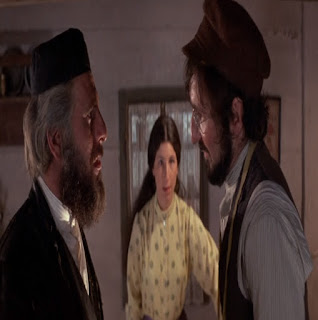 Τevye will have his own issues at home. His three daughters are of a marrying age, but they don't seem to like the idea of having a matchmaker and parents decide their spouses for them. Tevye decides to engage his daughter Tzeitel to his old friend Lazar Wolf, which causes ire between him and his daughter. She really wants to marry Motel Kamzoil who is a poor tailor with not much to offer except love and loyalty. 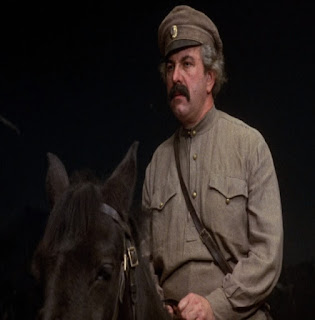 However the world around them is changing. Tsar Nicholas II of Russia wants to inflict waves of antisemitic polices upon all the Jewish citizens in Russia. A sympathetic constable warns Tevye of what is about to happen. He can delay some evil for long, but eventually, all of their lives will change forever and ever. 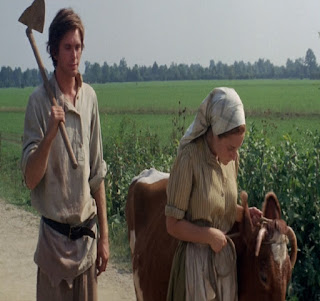 Overall I liked Fiddler on the Roof but not quite as much as I expected. It's got one of those strange bittersweet endings that leave a odd aftertaste. It's also three hours long, but it kept my attention for most of that time as well, which is pretty impressive. I'm rather shocked Hollywood hasn't ever tried to remake the film. It would probably be bad, but at least a new generation of Millennials and Gen Z kids would be able to hear the story, unless they go to a revival of the play version.

I’ve seen this movie at the movie theater and LOVED it. It would be great if it could be remade.

I adore this film. I love the way that Tevye talks to God. I saw this as a kid and it must have influenced me, I speak with God the same way. (Not sure how God feels about that, you will have to ask HIM.)
The music is wonderful and the actor who played Tevye was my favorite. (Oh, and FUNNY! "you've heard he has a temper, he'll beat you day and night, but only when he's sober, so you're all right!" Ha, not PC but funny.)

This is one of my favourite movies and favourite musicals. I love its theme of having to be flexible in the face of changing times.

A classic I should watch!