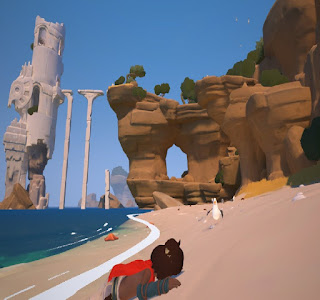 I didn't know much about Rime until the other day. I saw the cover a good number of times, but mostly ignored it. My local library lends out Nintendo Switch games, so I decided to give it a try at least. Unlike many games, Rime just starts with no clues, no dialogue, and no story. You see a kid washed up on the beach and you have to figure out what to do next. 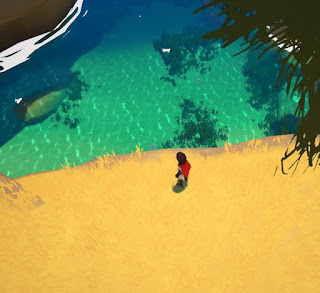 Which is to find the next destination. I will say that the game looks pretty beautiful especially during the daylight. Thought since it also came out on PC, Xbox One, and PS4, the Switch version has some slowdown from time to time. 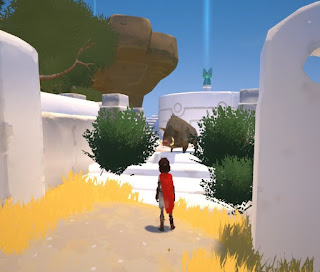 The game is a bit of mixture of other games I've played. It's kind of like Prince of Persia meets Breath of the Wild (though I do realize Rime predates it) meets puzzle games in general, and that's Rime in a nutshell. There's no combat at all, no health meters, and you have to use platforming and your mind to solve certain obstacles in your way. 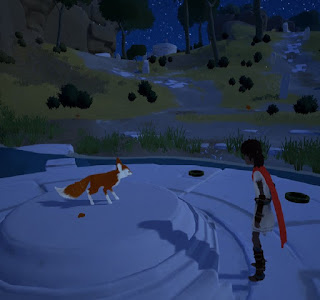 But overall, Rime does a lot to impress, but it also does a lot to bore me. I still have large amount of the game to finish, but it doesn't seem like this will end of being one of my favorite games of all time, nor the year, and probably not even the month.
Posted by Adam at 11:30 PM