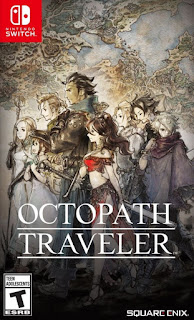 Unlike most Nintendo consoles after the SNES, the Nintendo Switch has a amazingly solid 3rd party support so far. Squaresoft (now Square Enix) and Nintendo had a huge falling out during the N64 days and it's taken many years for the wounds to heal. Ocotopath Traveler is a new RPG for the Nintendo Switch, and despite running on Unreal Engine 4, it was made to look and act like a JRPG from the 16-bit days like Final Fantasy VI and Chrono Trigger. 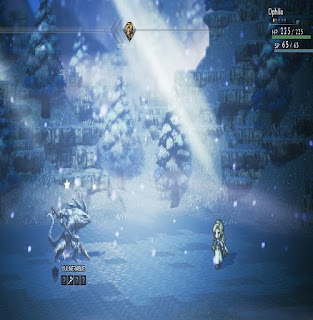 Not set or related to any of Square Enix's previous work, you start the game by picking a certain character. While many RPGs set you all alone at first, this was the first time I really felt alone for that hour or so. I chose Ophilia as I knew she was a healer and it's hard to beat a RPG without a character who can revive your team when the tough gets tougher. 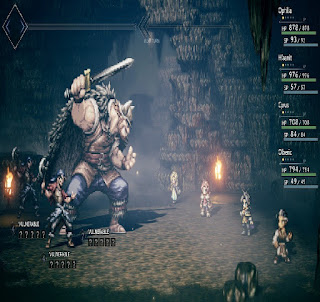 Eventually you form a team of four, but after you get a complete team, you have to find the other four heroes and complete their quests. Personally Ophilia, H'aanit, and Cyrus were my main crew, with the last spot rotating between the other characters when their time were due. Each character has their own unique abilities. H'aanit for example is really powerful with many conventional weapons and can capture monsters "pokemon style" while Cyrus for example has powerful magic with the "elements" of ice, flame, and electricity. 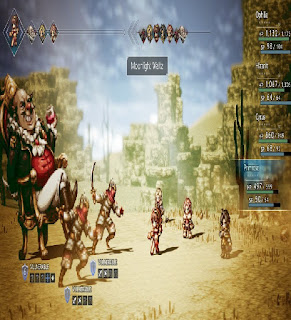 All eight travelers have their own stories with four chapters each. Every story is different from the last. The hero Olberic is a swordsman who saw his King murdered by someone he thought was a friend. The dancer Primrose was exiled to a life of a commoner after her noble father was murdered by three mysterious men when she was young. She got a look at all three, and she vows to get her revenge one day. 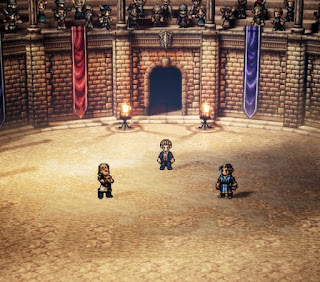 Overall I was impressed and disappointed by Octopath Traveler. While the game is in classic 2D style, they would have made me care more about the story if the plot wasn't played out with 2D sprites and limited audio lines. The game is pretty well paced (which I think is what makes or breaks a RPG from being good or amazing) until the last half where things are so cheap and unfair that it is pretty darn ridiculous. When the game recommends me to be level 36 for a chapter and I get my team slaughtered with three at level 52, I'm not too happy. JRPG purists will love this one more than I, but I do want to see more games like this for the Nintendo Switch.