Question: Should There Be an Oscar Category for Popular Films? 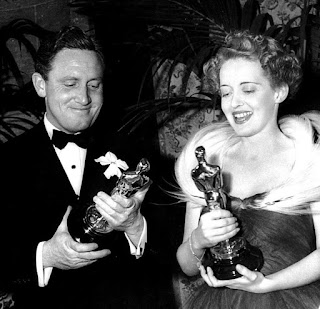 The folks behind the Academy Awards recently proposed the idea and quickly backpedaled on it. I still take the Oscars seriously, but the Academy Awards have slowly drifted to giving out no honors to almost anything mainstream especially after the 1990's. The recent notable films that made top honors at this year's Oscars, were stranger and dumber than years before. The idea of a separate category kind of makes a statement that almost no mainstream films (unless they really are "artistic") are even being considered for the real categories that matter.

Should mainstream films get back into the Oscars?
Posted by Adam at 11:00 AM

They weren't even considered? I had no idea.

Popular does not always equal good :)

Honestly, I think these award shows are stupid and don't watch them, so they can add or take away any category they want as far as I'm concerned.

If they are really good.

Frankly, I think the Academy is always too focused on picking very artistic films that aren't what might be popular with the rest of the public. I'm OK with the separate category.

At the end of the day, an award show is just somebody's opinion, not the Word of God. You can think disagree with the choice if you want to.

That said, I am interested in the Oscars. Remember, the Motion Picture Academy is simply the actors, directors, producers, screenwriters, etc, who make all the movies we see, in particular, the movies we tell them--by buying tickets, or renting them later on--we want to see. So, once liberated from making us moviegoers happy, their own opinions as to what makes a good film is of great curiosity to me, whether I agree with them or not. To have them PRETEND to like the same movies I like--which is where all this seems to be headed--would be kind of meaningless.

Finally, if somebody out there really feels sorry for the person that made the most popular movie but received no Oscar for his or her efforts, console yourself with this thought: that person probably made a whole lot of MONEY.