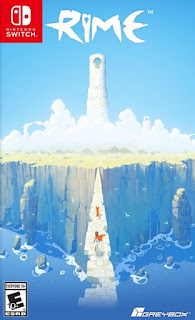 Rime was one of the games I knew of, but didn't know much about it. I remember seeing this cover quite a few times, but I'd basically just glance over at something else. My local library lends out Nintendo Switch games, so while I would have never probably gotten the game on my own, I was willing to give it a try now. 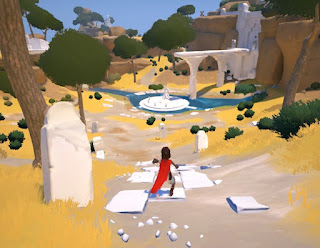 You start out as some young kid who washes up on the beach. There's no real story, no real voice-acting, and not much of anything that guides you on your way. You soon figure out (with ease) where to go and just keep progressing to the next area of the game. It's not really a sandbox game where you can wander around and find secrets upon secrets. 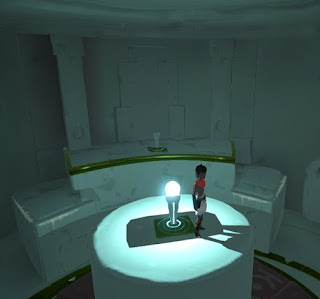 Each section of the levels usually has some kind of puzzle for you to complete. And you're basically on your own to figure it out. Some are obvious like putting the right switch at the right place, while others make you use a more complicated logic like getting a wild boar out of your way by using food to lure it somewhere else. 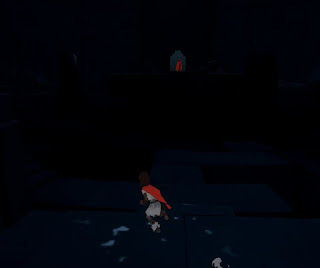 There's no combat in the game at all, nor is there a health meter. The only thing that can kill you is falling to your doom, but in a few seconds you'll be right back at the same exact spot. So there's a lot of trial and error here. While your character isn't very strong, agile, or talented;every new area is unlike the one before it. 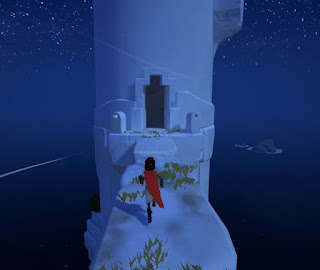 But at the end of the day, I just didn't like Rime that much. I'm not a huge fan of puzzle games, and this strange Prince of Persia meets The Legend of Zelda (dungeons anyway) gameplay wasn't my cup of tea. I do admire the imagination of the game and many points in the game are very beautiful in an artistic way. But a lot of these puzzles are kind of bland, or just rather stupid. I try my best to finish each game I play, but I put my controller down for good with Rime. Not quite sure how far I got in the game, but I wasn't having much fun. Also the Nintendo Switch version (it's also on Xbox One, PC, and PS4) has some pretty noticeable slowdown in the frame-rate when a new level area opens up, and that can be a little annoying.