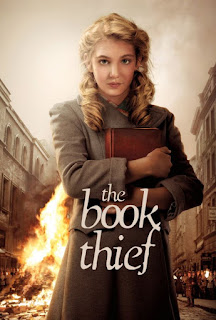 I'll be honest, I'm not quite sure how I heard of this one. It's a movie set during World War II and the Holocaust, so I guess that's why it ended up on my list. I wasn't quite sure how critics and regular folk seemed to like it, but eventually I got to see it for myself. 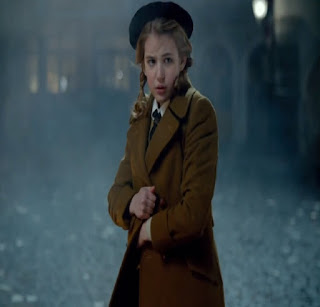 The movie's main character is Liesel Meminger and she is a young German girl who ends up being "adopted" by Hans Hubermann and his wife Rosa Hubermann. Hans is kind hearted while Rosa has a temper unlike many others. But they take her in and shelter her after her actual mother could no longer care for her. It doesn't take long for anyone in town or her foster parents to notice that Liesel cannot read. She soon learns how and becomes fascinated with books, something that can a touch subject in a radical Germany. 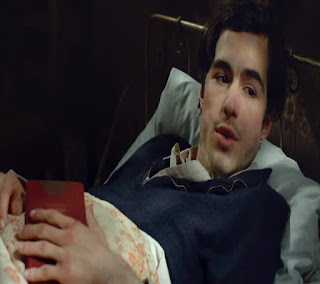 Hans ends up taking care of Max Vanderburg, the son of Hans' war buddy during World War I. Max is Jewish and he learns that he will have safe refuge in Hans' home. However since this is the literal worst time to be Jewish in Germany, the Hubermann household will have to keep Max a deep secret for a long time. 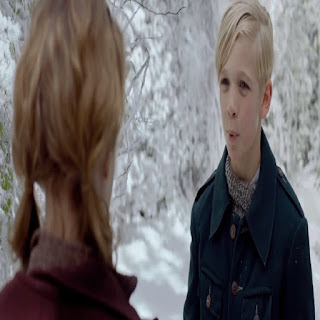 Which will prove difficult for Liesel as she's not exactly mature enough to handle a secret with the gravity it requires. She's not a popular girl at school either, as there's one boy named Franz Deutscher who would more than enjoy watching her fall from the grace of society. Even her best friend Rudy Steiner notices things about Liesel that should not be the case, and she'll have the most difficult time keep the information from him. 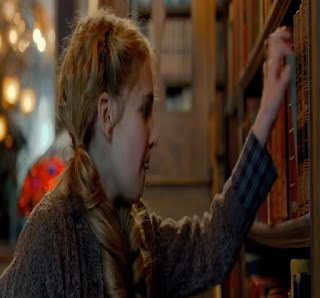 Overall I wasn't too impressed by the movie. It's based on a popular book, so I want to same things probably got lost in translation. While the movie does many things right, it's somewhat boring which is quite odd for the type of movie it's suppose to be. It also has an odd way of handling the way people say things, as the characters speak English but often use German words randomly. I know basic German so I understood, but others probably would be a little confused. In a sea of World War II movies, this one will be lost in the water in the decades to come.

I LOVED the book. It is fantastic and one of my favourites. I watched the movie but it didn't move me like the book did. I think it's very difficult to capture the true essence of such a great story in a film.

I am wondering how you know basic German...took it in school

Haven't read the book or seen the movie -- but I'll listen to Martha's opinion on the book and yours on the film and maybe read the book instead.

I would like to read the book but I am one who loved this movie and didn't find it boring at all. I found it tense, funny, very sad and one of the few movies that shows that not all Germans were nazis. Actually, the girl reminded me of my mom a little bit.