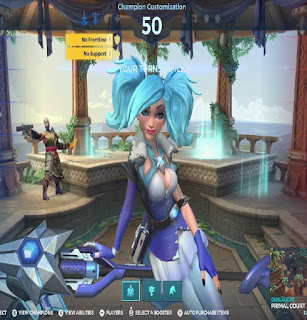 While Paladins doesn't have much of a plot, the champion Evie is dubbed "The Winter Witch". Her ice powers and sci-fi "broomstick" make that obvious. 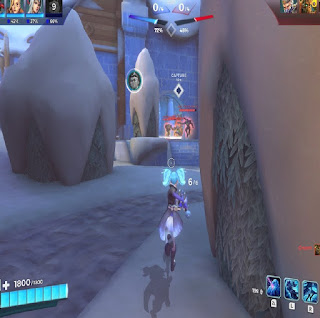 Her main attacks are shooting ice magic out of her ice staff. It's semi-powerful and a decent offense. She has the power to teleport which can be tricky and not nearly as useful as you might think. Her HP is rather low, so Evie won't last long by herself. 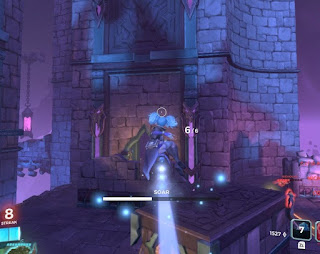 She can also fly around and while she probably gets more air than any other character in the game, I never found this useful. You can attack while on it, but you move so fast, it doesn't really matter. 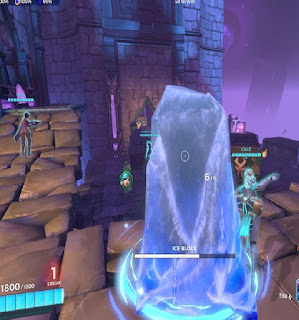 I really didn't like her ice block defense. You sorta heal while doing so but you become a sitting duck and it doesn't last long at all. While a very flawed, champion I did enjoy using Evie in most of my matches.
Posted by Adam at 11:30 PM