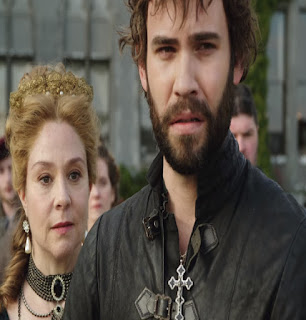 One of the few notable historical figures in Reign outside of any royal family, Nostradamus is seen in the show as the "servant" of Queen Catherine de Medici. Despite her high-standing with the Catholic Church, nobody seems bothered that his "powers" could be considered demonic.  He does predict that Francis would die and it would be Mary's "fault". 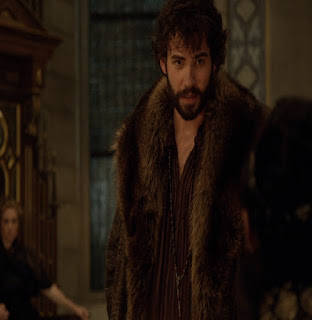 His powers are very limited, he has visions that can change with turning events. Though he does predict that one of Mary's ladies would perish. In the show, he's pretty talented with medicine, more of a doctor than a psychic. 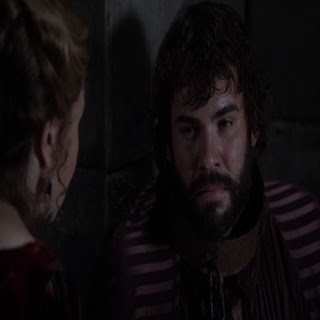 But couldn't see that King Henry II would throw in the dungeon on a falsehood that he was in Catherine's bed. Eventually he is let go. 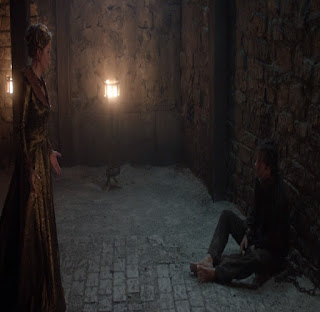 After King Henry's death, he and Catherine have a falling out. He ends up disappearing for most of the show after that. 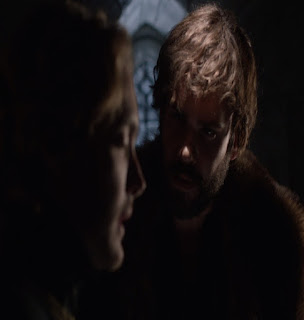 Until we find out that he was helping King Francis II with his terminal illness. Unlike his mom, Francis always treated Nostradamus kindly and with proper respect.
Posted by Adam at 11:30 PM

I remember reading something about him predicting that in the 21st century, there would be great unrest in the Middle East. And sure enough..