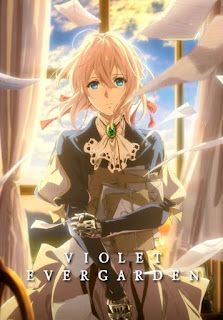 Despite being an "otaku", I haven't been as keen on watching anime and reading manga like I used to. Netflix however is stepping up their game with getting quality anime shows, instead of letting it fall into the hands of Funimation or someone else. I heard Violet Evergarden was good when it came out earlier this year, but since I was watching Shameless for most of that time, it was put on the "later" list. I will say Netflix wasted no time getting this one in English as it also came out in Japan this year as well, which is rare for anime. 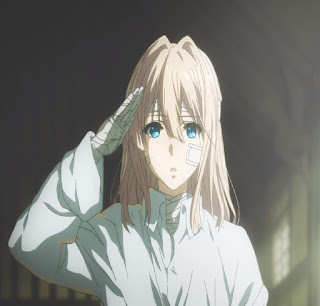 The show's main character is the obvious in the name. Violet Evergarden is a former soldier who we see recovering in a hospital. Unlike most soldiers, Violet doesn't seem to have much humanity outside of her "orders". She was under the care of Major Gilbert Bougainvillea, but he seems to be either MIA or deceased. Violet is never given a direct answer. 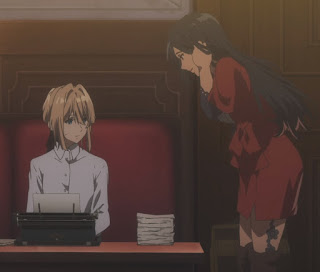 Glibert's friend in the military, Lt. Colonel Hodgins finds Violet and tries to take care of her. He retired from the army and started his own postal company. Violet is given a job writing letters for people. She joins a team of women who excel at not just writing a letter, but putting them in better words that most normal people couldn't pen themselves. 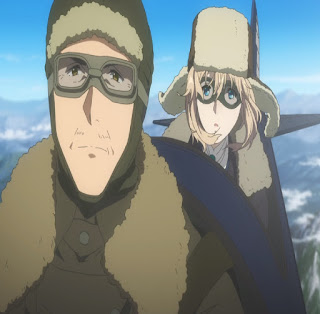 While Violet may look innocent, beautiful, and sweet, her past as a super-soldier and her cold demeanor doesn't mesh well with her new job at first. But when her emotions start to warm, she soon becomes much better at it. But her motivation to be the best means she will do almost anything to achieve this. 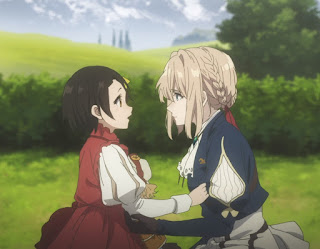 At first Violet Evergarden wasn't really impressing me. The whole letter writing thing seemed rather odd and not very realistic. The story makes it unclear at first of what Violet even is as a person. After the second half it really picks up. I will say the tenth episode, "A Loved One Will Always Watch Over You" was beyond brilliant. Anime series can be rather odd as many just last one season, and I could never get a clear answer if there will be a second season. I know a movie is confirmed for Japan, but a real additional season may not surface. I'm sure Netflix will be smart enough to get the movie at least.