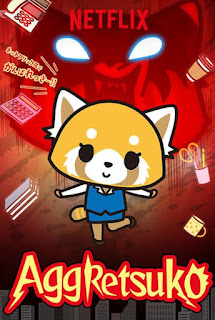 One day my wife screams she saw a "red panda" show on Netflix. The red panda is one of her favorite animals, ever since our trip to Zoo Atlanta in Georgia. Sure enough she was right (sometimes she'll get red pandas confused with red foxes) and Aggretsuko was the name of the show. Netflix actually has a foot in Japan, and this was actually the result of them producing an anime off a previous production but just for their service. But since Netflix people aren't dumb, they made an English dub for fans of anime. It's certainly not a "Hello Kitty" niceness despite the cute "kawaii" art, nor a South Park meanness. It's more on the maturity level of The Simpsons or Family Guy. 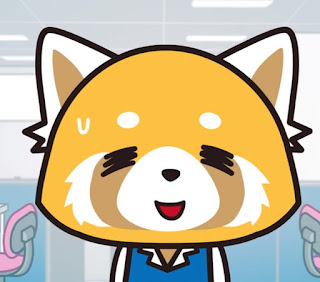 The main character is the 25 year old Retsuko, a female red panda who just got an accounting job at a company in Japan. She's very introverted but she has friends in and out of the office. She soon starts to hate her job, and wants to move on to something different. Her friend has an idea for a business, but Retsuko is severely disappointed when those plans fall flat and she has to stay at her job. 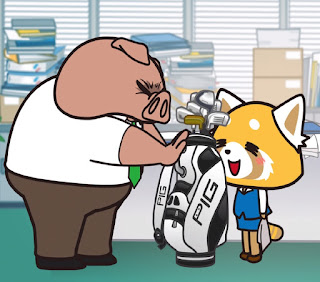 The biggest gripe about her job is with her boss Ton. He is a misogynist jerk and literal pig with high (and not very consistent) standards for the work that she does. He nicknames her Calendar because "her days are numbered". 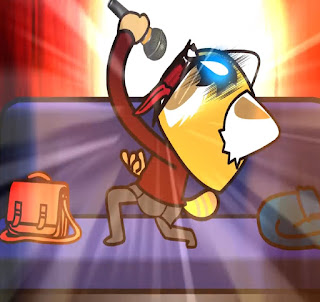 Retsuko blows off steam by going to a karaoke place and getting all of that anger out during vocal sessions of literal death metal songs. But she's actually worried that all of her friends and co-workers might found out about her secret singing "talents" one day. 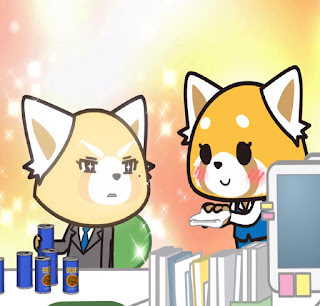 Overall I liked Aggretsuko but I didn't love it. It certainly has smart humor and certainly is not a "kids show" but certainly has much more "respectful" humor than a show like South Park. I hear Netflix has season two already planned for next year. I will most likely watch it, but perhaps not as soon as it arrives. But since I know all the characters now, it will be easier for me to enjoy the new story-lines that pop up.