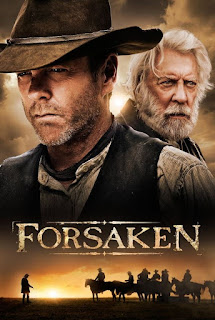 Typically Forsaken probably wouldn't be a movie I would watch unless someone close to me wanted to see it and I got dragged along. But I did notice that this film has both Kiefer Sutherland and his father Donald Sutherland.  For what I heard, it was the first movie where the two both co-starred not only for just one scene but for the whole movie. 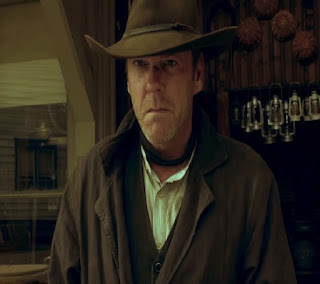 The movie is set in the old west, where John Henry Clayton returns home after quite some time after being gone. His brother died when they were young, and he faults himself often over the accident. He also saw hell during a war, and didn't exactly walk out of it as a "better man" though he is a man to be feared, due to his skill. 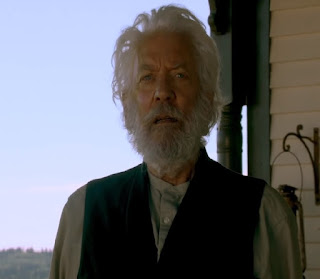 His father Reverend Samuel Clayton isn't too thrilled with his son's return. He's often ashamed of what his son ended up being. He also holds some resentment that John Henry Clayton wasn't there to see his own mother before she died. They try to re-patch their relationship but it won't be a smooth road ahead for either of them. 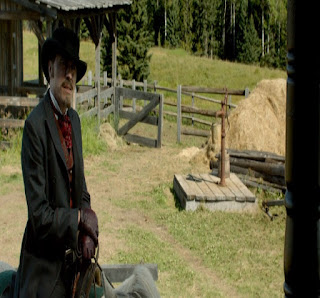 However things in town are worse than family squabbles. A local thug named James McCurdy and his gang of men have been terrorizing the townsfolk. With plenty of green to back it up, James McCurdy ends up owning most of the houses in town after awhile. Those who go up against them, either have to accept his "offer" for their house or be faced with guns at their faces. 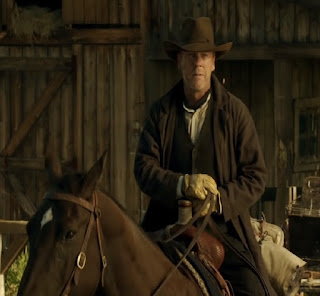 Forsaken didn't do too well with critics, but I do believe they were a little too harsh. I do think it's cool that a father and son as famous as the Sutherlands got to work on at least one film together in their lifetimes. I'm sure they both loved that. But it is a rather typical "western" movie with decent action but not many surprises. Unless you really like Kiefer, Donald, or both a lot, wouldn't be the worst thing in the world to skip this one.

This one's for me. I like a good story about a bad man turns good, along with son and father work through their awkwardness.

I love both Sutherlands but I've missed this one. Will see it the first chance I get. Thanks for the review.