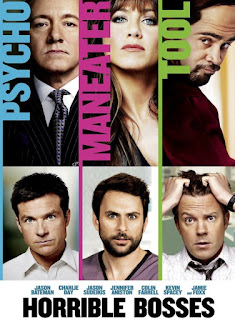 Comedies are usually not my most watched genre, but I do like them. Though one thing about comedies is that they are best watched in a big movie theater with a huge crowd, if you're watching them alone at home, it does dilute even the best of all time in the genre. I've heard of Horrible Bosses for many years but finally got around to watching it. 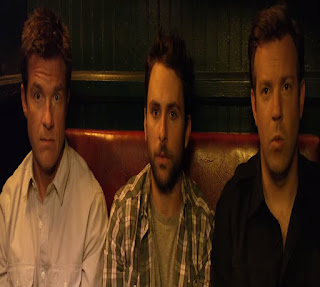 The film is about three friends. The first of the trio is Nick Hendricks and he works for an office firm where he's pretty close to being to the top of the ladder but not quite there yet. The second friend Dale Arbus works at a dentist office as an dental assistant to a female dentist. The last of the three, Kurt Buckman is an accounting manager at a chemical company. Only Kurt had always loved his job since day one. 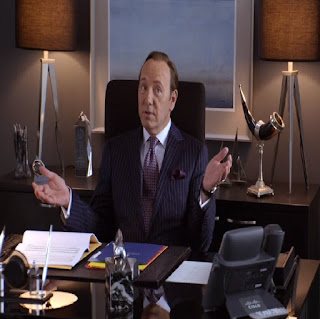 Nick has always hated his job, but wanted to slowly and surely make it to the top. He thinks by becoming a floor mat for his bosses is the only way to his goal. His boss David Harken is a psychopathic lair and jerk. He berates Nick for being two minutes late to work, and even tricks him into getting everyone to think that Nick has issues with being an alcoholic. When the time for promotion comes, it is all taken out under his feet. 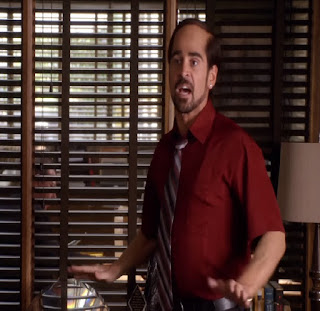 Kurt's favorite boss Jack Pelitt dies in an unfortunate accident on the road, and his douchebag son Bobby takes over. Bobby has no common sense and really annoys Kurt by firing people he doesn't like (fat people and the handicapped) and having his "girlfriends" in plain sight at work. Dale has a more different problem, it's that his boss "likes him" too much and she's very aggressive about it. The three come with an idea to make their jobs better, and it isn't honorable. 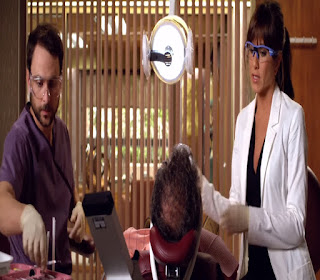 Overall Horrible Bosses was a decent comedy, but not the greatest in my opinion. It's got a great cast of funny people and a decent plot, but nothing just outshines anything else in my opinion. I also found it hard to take the Dale story-line seriously. I was never the biggest fan of Jennifer Aniston's beauty, but she's a very attractive woman in the movie. Dale's plight might had been more believable if Aniston was cosmetically altered to look unappealing as they had done in this very movie with Colin Farrell and his character Bobby.

I love this movie, it never gets old for me.

I've only seen bits of this movie, as I'm not really a big fan of any of the actors (although I do like Jason Bateman in some movies.) Glad to know I'm not missing much.:D

I have not watched this one yet
xx

I actually, for once in movies, show a woman who is truly ugly on the inside who can’t get the one guy and this guy is honourable to his girlfriend. I laughed out loud and find this comedy so much fun even though it is not a great movie by any means, it is a very funny movie but I like most comedy genres

I agree with your rating. Was ok, but nothing worth watching again.