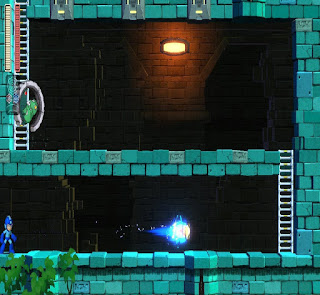 Earlier this month, Capcom released Mega Man 11 for all the latest consoles. The Nintendo Switch version already was at my local library (I was really pleased when I saw it) and I knew I had to pick it up right there and then. 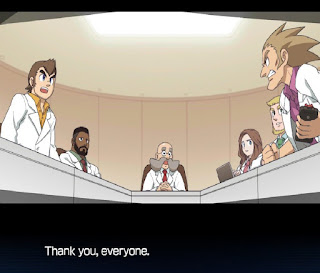 Since it's on the new consoles, it does take advantage of better graphics and decent voice-acting. Even the story is kind of interesting, most Mega Man games have a story I've always skipped through. You get to see glimpse of Dr. Light and Dr. Wily during their college days where Dr. Wily had come up with a invention that had been tossed to the side, until now. 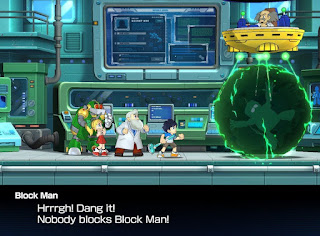 Dr. Wily breaks into Dr. Light's lab and takes all of his new robots (making it one of the rare games where you fight robots made by Dr. Light instead of Dr. Wily) so he can turn them evil. But this time, he fuses them with his invention to increase their power way above Mega Man's own. 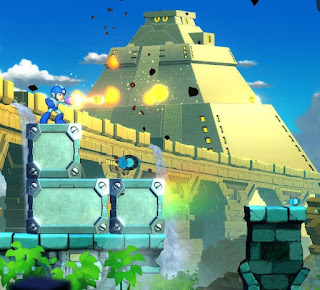 Luckily Dr. Light gives Mega Man the same upgrade (talk about a plothole) where the same technology gives Mega Man the ability to either increase his power greatly or to slow down time. It can only be used for a few moments until you have to go without it. Making it a tricky debate of which to use, where, and when. 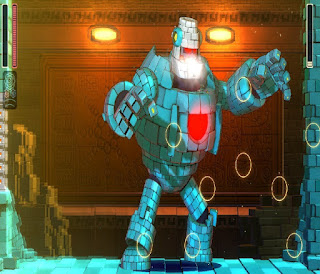 Mega Man 11 actually offers different difficulty settings, which I enjoy. The older games were too difficult for their own good. That being said, even on the easier difficulty you can still perish if you're not careful. But I enjoyed the first boss battle, never quite expected it to take that route.
Posted by Adam at 11:30 PM