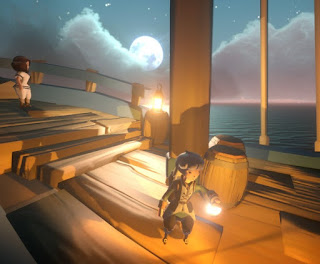 My wife isn't much of a gamer, but she found Yonder at the library and said this was the game she saw her brother playing at her parent's house. Before the Nintendo Switch version, the team made the game for PS4 and PC. I decided to give it a try, though it looked boring and generic. The graphics are rather simple, but the use of lightning is actually really well done. You can create your character though it's really basic. I tried going for the book incarnation of Daenerys Targaryen from Game of Thrones and even though you can have the silver-blone hair and purple eyes, it doesn't look much like her. 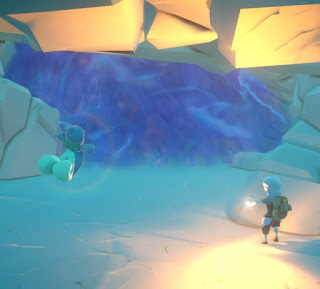 Anyway, the game has no combat or health bar. You simply find magical creatures called sprites to get rid of the "murk" which only seems to be purple waves of energy preventing you from getting to a certain spot or area. 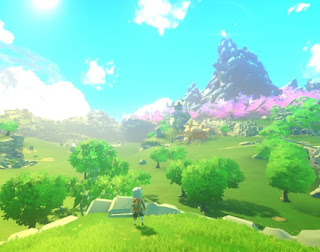 When you get out of the original area, you get to the big open world and this reminded me a lot of The Legend of Zelda: Breath of the Wild, though it's not as large as you'd think and certainly tiny in comparison to the excellent Zelda game. 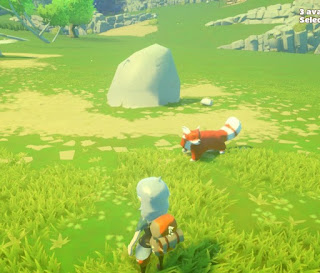 You mainly complete quests by going from point A to point B with many side quests to do along the way. Like Fortnite, you can use tools to farm supplies like rocks and trees and use the material to create or barter for other stuff later. 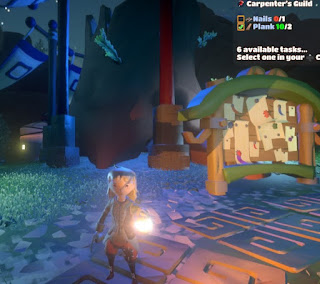 But after about an hour, I got bored of the fetch quests and nothing really exciting going on. I just couldn't keep playing to give it a true review. Some might like it, but it seems like a game more for the younger kids. Reminds me a lot of the soulless PC games that were suppose to "educate" us in the 90's though education is not really a theme here. I just don't think it is any fun at all.
Posted by Adam at 11:30 PM

Your last couple of sentences made me laugh. Boy did our elementary kiddos love "Oregon Trail." That wildly popular game was removed from our school computers after one clever fifth grader figured out how to post bad language on the gravestones. The kids were not using the game to "learn." They just liked shooting the buffalo. I just heard on the tv that Trump thinks he can defy the Constitution's guarantee that if you are born in the US you are a US citizen. It will be interesting to hear how he thinks he can do that.