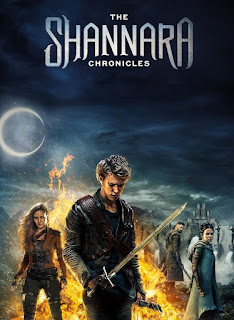 The Shannara Chronicles was a television show I started back in 2016. I liked it, but I didn't love it, so that's a reason why it took me about two years to start it up again. I came out on MTV first, but then the show moved to its sister channel Spike TV for the second season. I watched both seasons on Netflix. 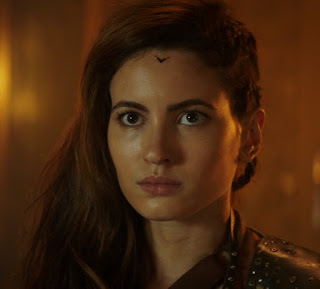 The second season starts by showing what happened to Eretria after the finale of the first season. The "trolls" that captured her were really rovers in disguise. Their leader Cogline is like a father to her, so she stays with them for awhile. She starts dating a girl named Lyria until she gets a message from the "dead" Amberle who is now the spirit of the Ellcrys tree. The spirit of the Elvish princess tells her to find Wil Ohmsford before the great evil arrives. 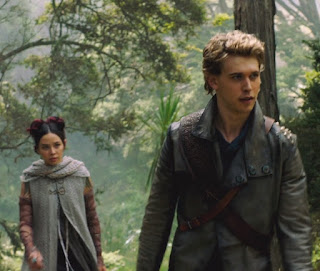 Wil is very troubled now after the events against the Dagda Mor. He doesn't want to be a hero anymore, he just wants to be a healer. A mysterious girl named Mareth Ravenlock finds Wil and he soon sees that she is capable of magic. Which is very strange considering that Allanon is the last of the druids. 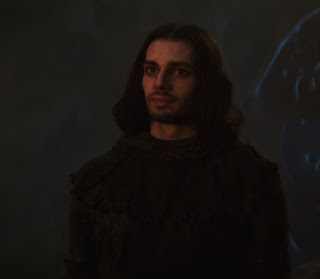 Allanon has enough trouble on his hands. His former pupil Bandon has gone dark after the destruction by the demons of the last season. The most powerful druid tries to stop Bandon as he openly declares he wants to resurrect the Warlock Lord, a being that Wil's father Shea Ohmsford had slain personally. His magic is now stronger than his teacher and he can even defeat a renegade army of Elves called the Crimson with ease. Can the heroes stop this dark wizard from bringing back an even fiercer foe? 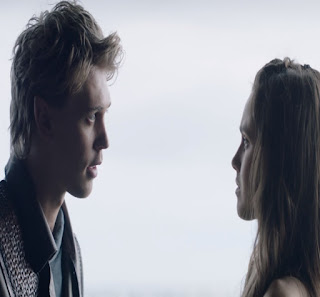 Overall my feelings for the second season are about on par with the first, except it gets better instead of getting worse like the first season. The season failed to keep people watching and interested compared to the first (the "awesomeness" of a network switch) so Paramount cancelled the whole thing. I hear producers are trying to find a new home for it, but I wouldn't count on it. It does kind of leave on a cliffhanger so that kind of bites. Though I read there were many changes it did to the book series for which it is based, so the showrunners kind of deserved this as well.

Since I am olden and prefer much more traditional things, I don't really like this kind of show. However, if one of my grands is here and wants to watch something like this, you can bet your bottom dollar I am right beside them with a bowl of popcorn......and loving every minute of it.

I liked the first season, but the second season seemed like, well, maybe they took a big budget cut. I didn't make it through. Maybe I'll try, though, especially if this is the end of it.

Yeah, more of a meh series, but good to pass the time.

I have to get Netflix ~ LOL I remember some years back when CNBC financial gurus were saying Netflix was dead! Ha!

I forgot all about this one. I did watch the first season, but will probably skip season 2.

Hey there, You've done an excellent job. I'll definitely digg it and personally recommend to my friends. I am confident they will be benefited from this website.
คาสิโน