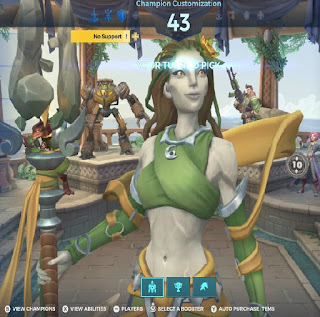 Inara is kind of a small giant in the game, but her size does not make up for her lack of usefulness in my opinion. 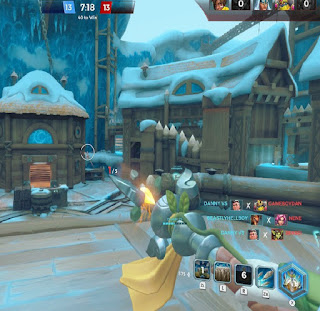 She has a rock spear that essentially shoots rocks like a rifle. They're somewhat powerful but not really. 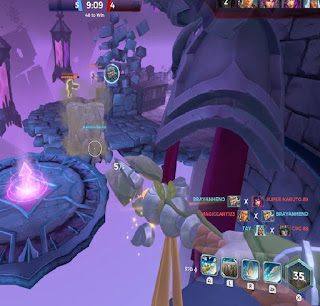 She has the ability to shield herself with boulders and also create rock walls. The rock walls are a little useful. But the only time I saw someone using it really effectively was against someone in a siege match where they stopped the cart from rolling uphill with it. 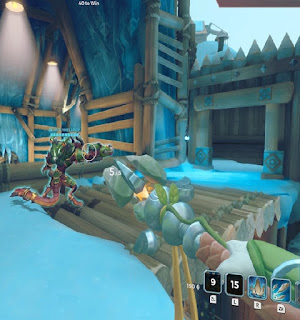 Even her special attack move isn't really useful. She's got a decent health bar which is tolerable but I just can't win many matches with her.
Posted by Adam at 11:30 PM