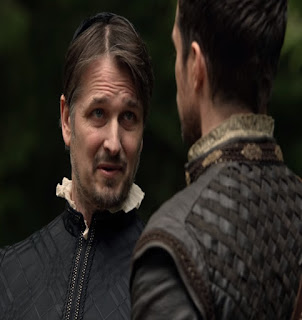 A well written villain, John Knox is a protestant minister in Scotland with a powerful following. Hating all women in power, he is an enemy of both Mary, Queen of Scots and Elizabeth I of England, but since Mary Stuart was his monarch, he tries his best to take her down. 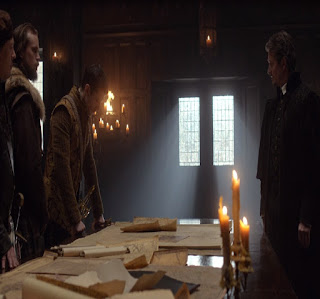 Such as trying to convince Mary's brother James to dissolve the monarchy once Mary is presumed dead. Though to Knox's displeasure, she arrives just in time before politics got really awkward. While Mary could do little against Knox despite his open intentions, she tried. 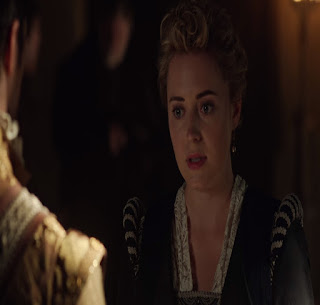 His weakness appeared to be in his wife Emily Knox. Mary could tell she was "unloved" and unhappy. James tries to win her heart, but things go south. 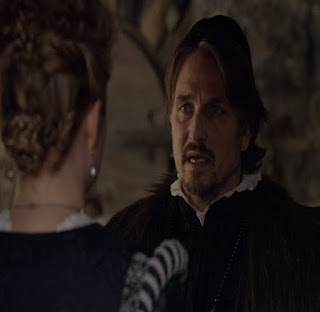 Knox finds out and ends his marriage with her. 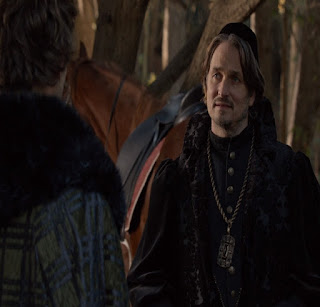 But he'd always try to turn others against Mary. Such as her brother James, and her eventual husband Lord Darnley. Lord Narcisse soon learns that John Knox was the person who got Lola killed by Queen Elizabeth through trickery, and the French lord gets revenge on Knox personally but Knox lives to the tell the tale. 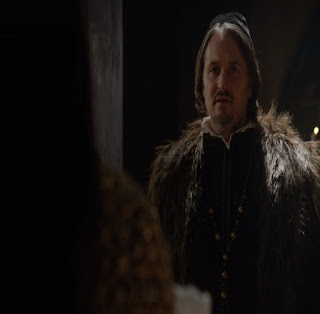 He gets his final wish when Mary is arrested over the murder of Lord Darnley. While based in history (though I really doubt Knox was as important as he is in Reign) it's one of the few cases of fiction where the bad guy wins in the end.
Posted by Adam at 11:30 PM

Email ThisBlogThis!Share to TwitterShare to FacebookShare to Pinterest
Labels: Mary I Scotland, Scotland, things I hate