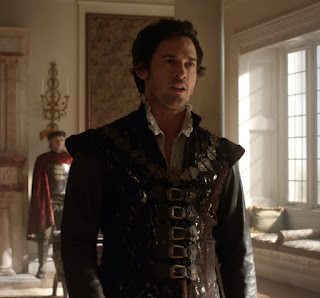 Since the real Henry Stuart, Lord Darnley was a pretty horrid person, his incarnation in Reign was not going to be likable. At first (to show watchers who didn't know he would marry Mary, Queen of Scots) it seemed like he might have been able to marry his true love instead of a royal match with the Stuart Queen who was also his cousin. 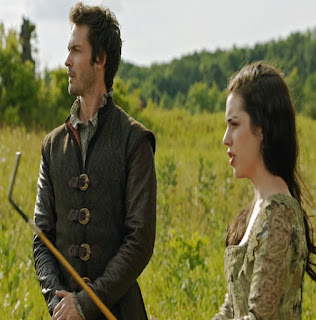 Mary wasn't too happy about the engagement to be honest. But Lord Darnley was more dangerous as Elizabeth's husband than Mary's, so she went through with it. 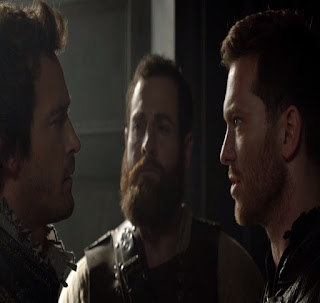 Not really anyone in Scotland liked him though. He was Catholic while most weren't. They also saw him as an Englishman despite his Scottish heritage. 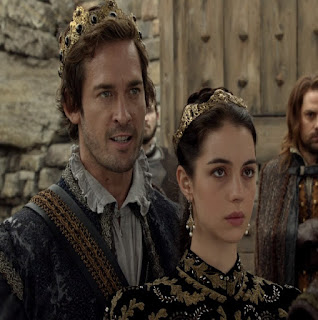 But he becomes "King of Scotland" but only by marriage. He begs Mary to sign a law to grant him the crown in the case of her death. While Darnley had a strong claim to the English throne, but he was not a really descended directly from any recent Scottish King like Mary was to both James V of Scotland and Henry VII of England. He tries to be "King" but that doesn't work out too well. 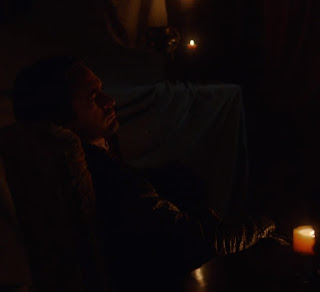 He's end up murdered by Mary's favorite Lord Bothwell (who in real life was her last and controversial husband) in the middle of the night at his grand cottage. This led to Mary losing her crown and eventually becoming a prisoner of England for a long time.
Posted by Adam at 11:30 PM

Mary should have gone with her gut!

Have a great week!