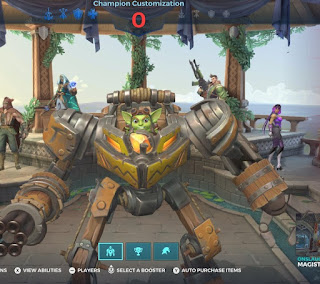 A popular champion in Paladins, I just never was very good with him. Though I do think he's rather lame in character design. Like Yoda stole a small Transformer. 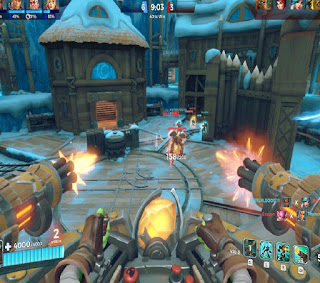 His advantage is power and shielding plus a decent above-average health gauge. Not many people can surprise you with a kill out of the blue. 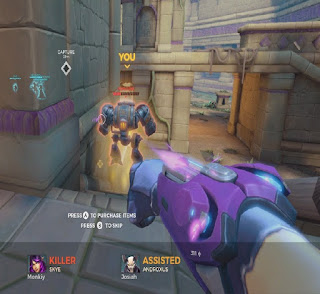 But once you become known, you're a literal sitting duck with firepower. Ruckus is only handy if your teammates don't leave you behind. Because you have very little agility. I did like this as an enemy of a Ruckus player. I'd usually have the upper hand. 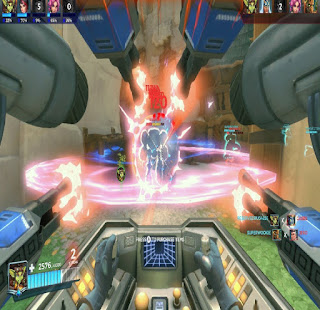 I did like his super move which has all the turrets plus hidden ones go on full blast. Anyone in your view is pretty much toast.
Posted by Adam at 11:30 PM

Not familiar with games these days, I only know Mario, LOL!