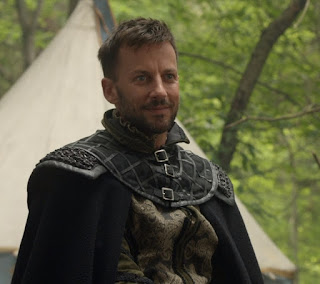 At first I didn't notice his importance, but he soon becomes a villain in Reign. While he never opposed King Henry II of France, he had other plans for the next Valois king. 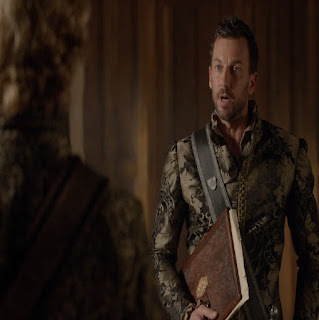 He uses King Francis' youth and inexperience to force him to do his own work. Lord Narcisse wanted revenge after the death of his evil son by orders of Queen Mary. He gets a lot of power over Francis when he learns that Francis killed Henry II in secret. But Francis eventually gets his power back and Narcisse loses a lot of his power. 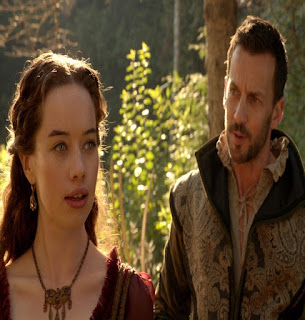 While in and out of French politics, he sets his eyes on Mary's friend Lola. Oddly enough, they marry and are happy. 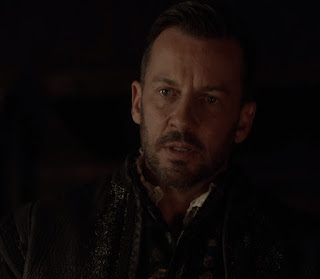 Until his greed for more power causes him to do more evil, and Lola eventually leaves him. 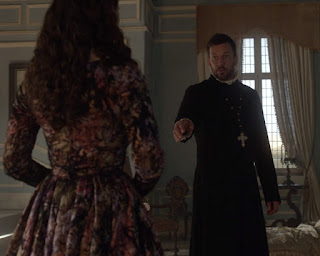 Despite all the "hate" Lola had for her husband, his love did not die for her. He risks a lot to try to get her out of England behind Elizabeth's back. 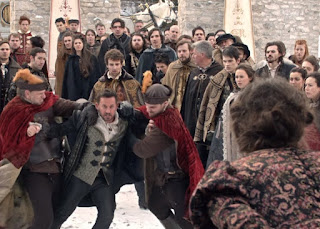 Though Lola should have left as she is killed for treason. Narcisse's moments here is really what made me like the character. Great acting on Craig Parker's part in this scene. 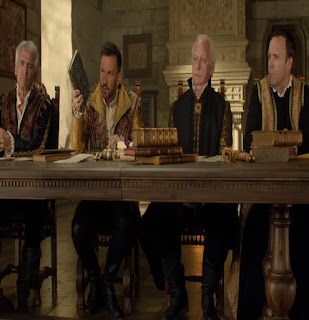 Though back in France, his loyalties change often. Once an ally of Catherine de Medici, he steals the regency from her and even tries to get her out of French politics forever. Though he eventually loses on this. 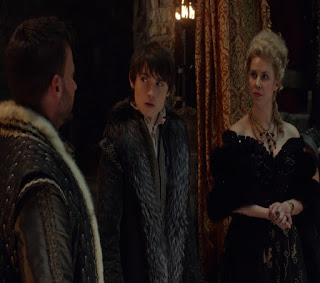 But he was a true friend to King Charles IX even when the young king went crazy and tried to become Protestant.
Posted by Adam at 11:30 PM

All the drama of the power struggles in England, France, and beyond in Europe has disappeared into history, and the people all ended up in the grave. The longer I live, the more I understand this quotation from Shakespeare's MacBeth: “Out, out, brief candle! Life's but a walking shadow, a poor player that struts and frets his hour upon the stage and is heard no more. It is a tale told by an idiot, full of sound and fury, signifying nothing.”

And we think politics are vicious today. Then it was really bloody.