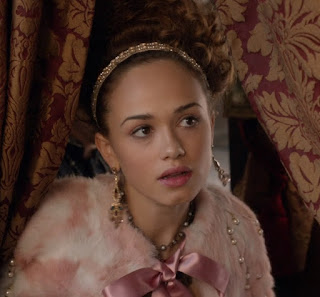 Like her mother Catherine de Medici, Princess Claude was a fan and often the source of drama. The show based her personality more on her sister Margaret than the Claude of reality. 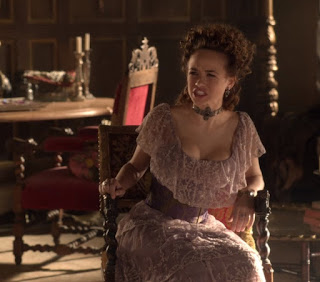 A wild child with a habit of "attracting" men, she clashes with her mother often and stirs up trouble for the royal household. 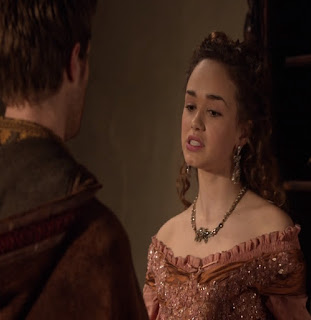 Though she later mature a little and begins a secret (but serious) romance with Leith. But he appears to be dead. and she is forced to marry another. 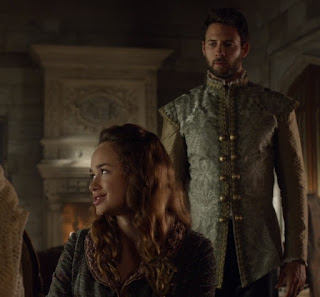 Which is Luc Narcisse, son of Lord Narcisse which is a little odd to me considering she wasn't exactly a "stranger" to her father-in-law. When Leith comes back, Luc tries his best to make the marriage work and for Claude to be happy. 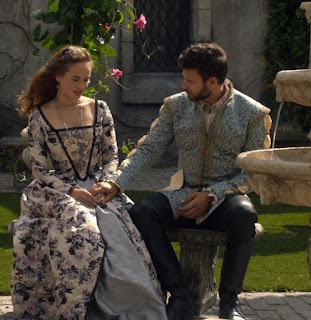 Leith eventually leaves because the arrangement was too much for him. I didn't feel too bad for Claude (despite liking the pairing of her and Leith) because Luc seemed to be a good catch of a husband and for all the things she had done before in her life, she deserved far worse.
Posted by Adam at 11:30 PM