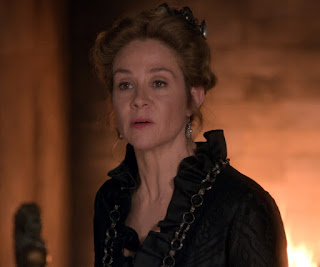 Arguably the character that causes the most trouble over the show's span, luckily for CW writers, the real Catherine de Medici certainly was a "interesting" woman to say the least. I didn't notice it when I was first watching the show but her actress Megan Follows played Anne Shirley in the Anne of Green Gables mini-series during the 1980's. 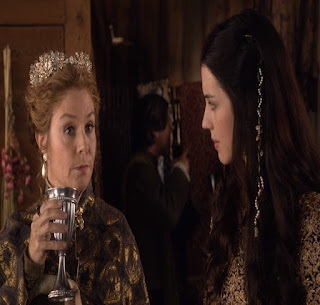 The show doesn't really make up the fact that Catherine never really liked Mary, Queen of Scots. Apparently she didn't even like her when she was a child. The show made it seem like she was motivated to take Mary down due to Nostradamus seeing that Mary would bring Prince Francis' doom one day. 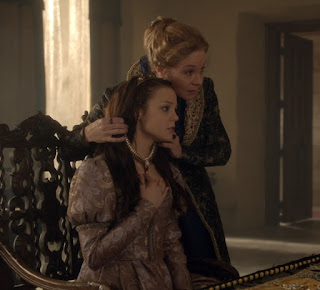 Catherine was probably the only character without any true friends. She's been on good and bad terms with about everyone. She'd always use her power and influence to achieve her goals which often led to the protection of her children. 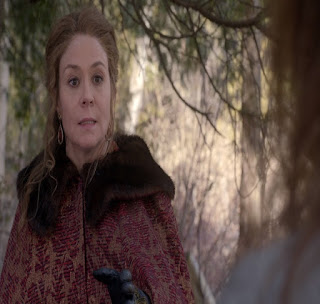 I thought the story-line where Catherine birthed a secret daughter who turned into a monster later in life was a bit bizarre. 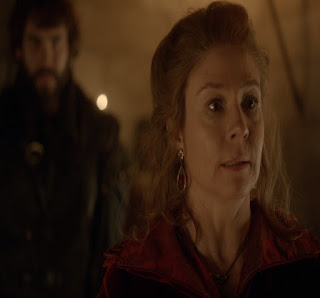 But despite being more a villain in the first two seasons, she's more on the side of good for the rest...most of the time. 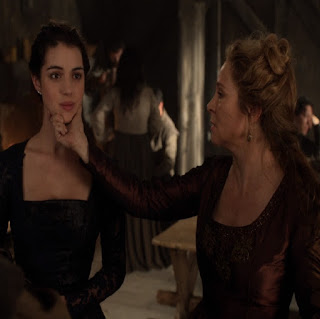 She eventually becomes real friends with Mary by the end despite their long and horrid history of fighting each other. I think in real life, after Mary was widowed, Catherine sent her out of France to Scotland and I don't think she ever came back to France again.
Posted by Adam at 11:30 PM

She will always be Anne to me and it was strange to see her in this series at first!