Things I Like: Queen Elizabeth I of England (Reign) 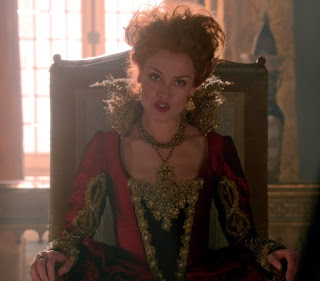 Since Reign has Mary, Queen of Scots as the hero, then Queen Elizabeth Tudor had to be the villain. Though she's not really wicked at all, which I thought they were going to try, at least when she tries to ally with Catherine de Medici. 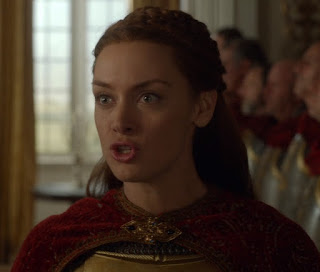 Like Mary, Elizabeth is a ruling Queen in misogynistic times. Unlike Mary, she never had a husband. 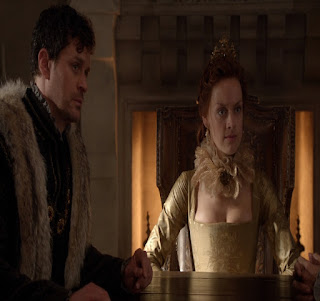 Which causes many of her lords to not give her the full respect she deserved. 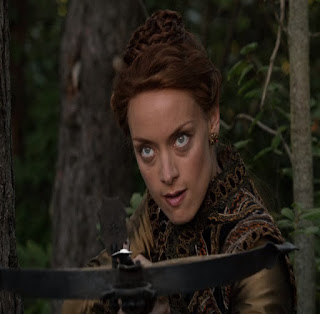 Though she did manage to impress some of them with her own valor, not just being the daughter of King Henry VIII. 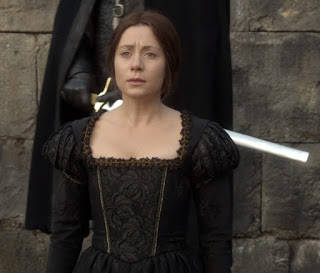 I thought this scene where she dreams of her mother Anne Boleyn was somewhat powerful. Her mother was killed when Elizabeth was really young, but I could imagine that the Tudor Queen of reality had a lot of trauma from losing her. 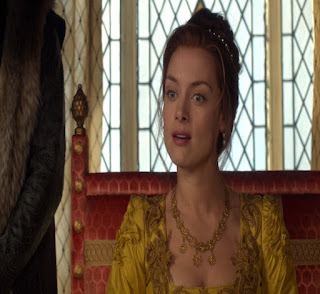 The show also shows her being courted by many suitors. But she never gives many much attention or consideration. 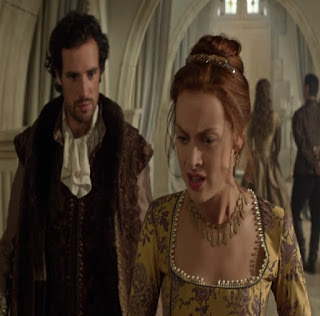 But the show details her relationship with her "friend" Robert Dudley. If he hadn't already been married, he could have been King of England by marriage as Elizabeth adored him. To history, Robert Dudley seemed to be probably the only man who would have co-ruled with Elizabeth instead of taking the power for himself alone. 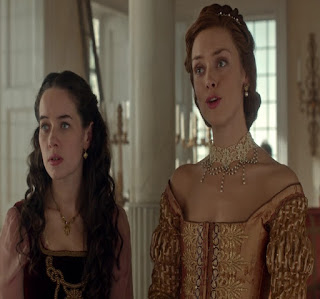 Her main connection to Mary via the story was when Mary's friend Lola became a "hostage" of England's. 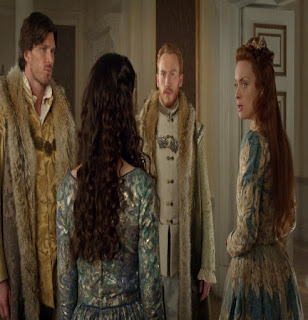 Despite the politics, the two become friends for a good time. Until Lola is tricked and does something deeply wrong and she is condemned to die. 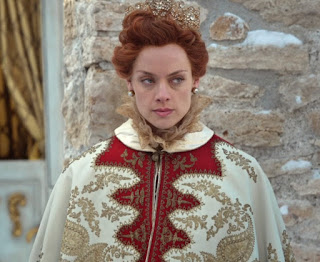 I didn't like that part of the story, as it just seemed weird. Elizabeth also seems to forget about the whole thing in the fourth season. 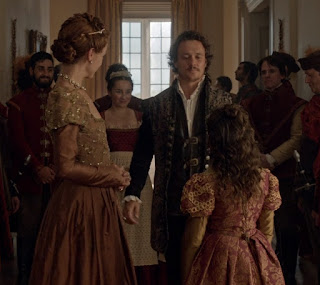 She ends up making a new friend out of Gideon Blackburn, whom she originally tried to get to trick Mary into a romance doomed to sour politics. 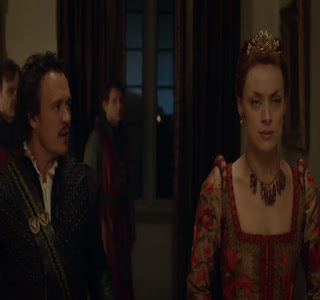 And they become a secret couple. Until he is murdered by Lord Narcisse with poison. While Narcisse didn't hate Gideon at all, he had to make Elizabeth feel horrid as she was responsible for Lola's demise. 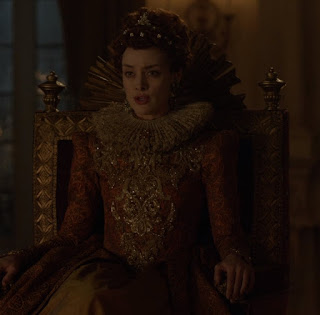 We see her one last time at the very end as an old and aging Queen. She finally had the evidence to send Mary to the chopping block. The only obstacle was Mary's son King James VI of Scotland, which she promised him that he'll be her uncontested heir if he does not contest her judgement. I liked how James comments the true historic fact that Elizabeth never met Mary in person ever, and had been avoiding it for selfish reasons.
Posted by Adam at 11:30 PM

The Virgin Queen she was called. Naturally, there's modern-day suspicion that she was LGBTQ in homophobic times (so homophobic that she passed an anti-buggery law.)