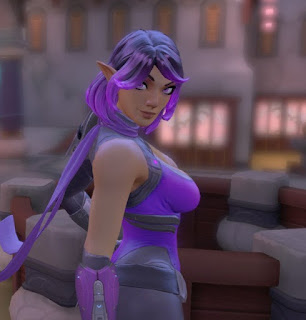 I originally thought she'd be one of the weaker characters but boy was I wrong. Before I had the chance to use her as a champion, she didn't seem too popular or powerful when it came to the players I've been matched against. 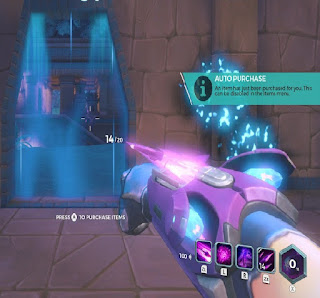 Her weapon is the wrist crossbow which doesn't seem that powerful but it's at medium strength, I think. I didn't feel useless with it like Ying's mirror lasers nor did it feel as powerful as with Cassie's crossbow. You can also throw a smokescreen, one option is to let the smokescreen cause damage which I found made her pretty powerful in combination. 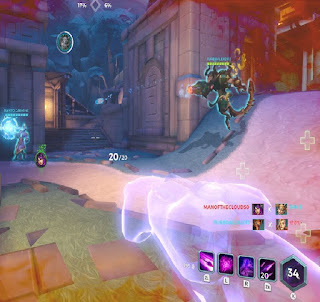 One of her best abilities is to be invisible. I found this very useful in siege especially. You can easily flank the other team as long as they stay together as a group. Once I figured out this strategy I easily took out the whole enemy team. 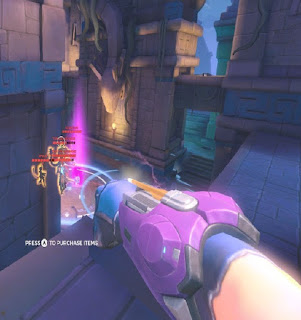 Unless someone comes looking for flanking champions, Skye can easily be a thorn against any opposing team. Her special move is to throw an orb of purple energy that takes a few seconds to blast but once it does, it will wipe out almost any champion in the radius. Skye can be a little weak on one-on-one fights, but if you have good team members who know how to fight as a team, Skye can make a huge gain in your team's effort to win the match.
Posted by Adam at 11:30 PM

I haven't heard many reviews on her. Definitely a great help though!