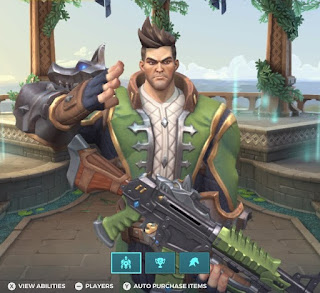 It's hard to say he's not the most popular character I've seen on the starting roster. I've rarely played matches where someone on either team, HASN'T chosen Viktor. Not my favorite by any means, but I can see why he's popular among fans. 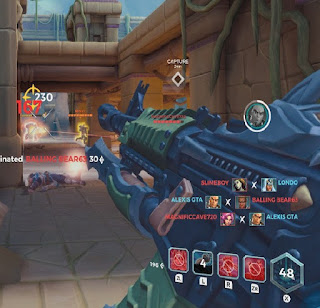 He's kind of a generic "soldier with assault rifle" and some grenades. But his attacks are strong and he's got decent agility and speed. 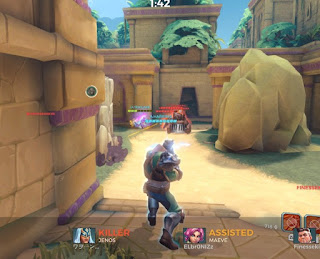 I think part of popularity stems from his super move which calls for an air strike (I think) of enemy players you target. Almost any character that isn't at perfect health will perish with that single attack, which is impressive. 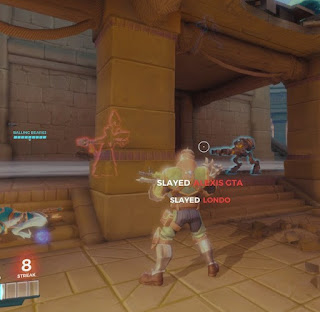 That being said, I don't play with him much. It seems like if I choose him, then some other person on the team throws a tantrum and will ruin the game for us if I do.
Posted by Adam at 11:30 PM