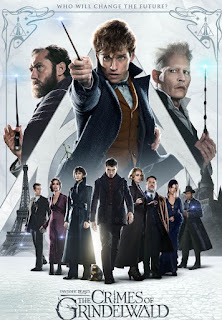 While I didn't get into the Harry Potter movie series until it was almost over, I did like the series A LOT. My wife Daisy really could not stand it being over, and kept wanting a sequel to be made. I never thought they would, but they have made a prequel series which takes place many decades before Harry Potter was born. I really liked the first movie, so watching this new one was certainly something we didn't hesitate to do. 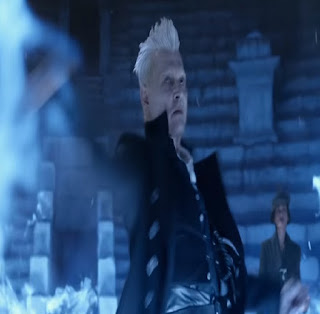 The movie starts with the release of Gellert Grindelwald from American custody. The dark evil wizard manages to set himself free after European magical governments wanted him in their custody. He reorganizes his followers from all over the world. He attracts many as his goal is to make the wizarding world known to muggles (non-magical humans) and for wizards and witches to have supremacy over humankind. 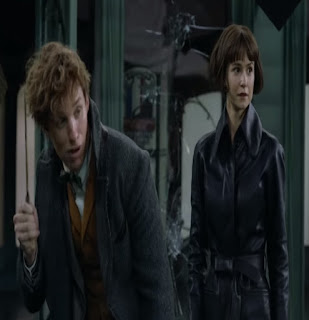 Newt Scamander is in a bit of a pickle. He really wants to help stop the dark wizard Grindelwald but he is forbidden from traveling outside of the United Kingdom by the British Ministry of Magic. The Ministry offers him a job in exchange for lifting his travel restrictions, but that's really not Newt's style in any way, shape, or form. But as you can already guess, that won't stop the wizard who is the master of all magical creatures. 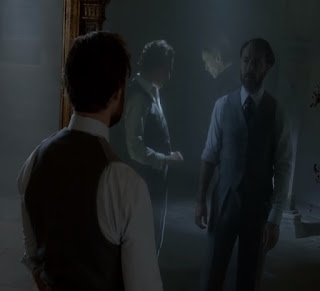 Newt has done most of what he did in New York under the orders of Albus Dumbledore. However Newt finds it strange that Professor Dumbledore refuses to confront Grindelwald on his own. Almost everyone knows that Albus Dumbledore is the only equal to Grindelwald, but unfortunately, the two were "friends" back in their youth. It may take a grand event to get the future Headmaster of Hogwarts to leave his post to fight for the actual good. 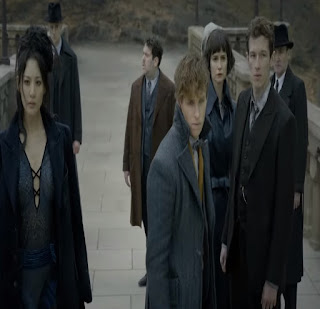 Overall I was very pleased with the Crimes of Grindelwald. It's a 2+ hour long movie, and I was never bored the whole time, and I really hated when the credits popped up at the end. It can feel a little anti-climatic as this movie kind of serves as a bridge of building up the stories for a grand showdown in the next film. I was rather shocked to see a lot of critics and so called "fans" didn't like the movie, but due to the Johnny Depp's controversy with Amber Heard, JK Rowling's own controversial comments about various topics as of late, and the whole Nagini fuss over being cast by an Asian woman (for someone who married into an Asian family, I found it utterly ridiculous that the internet thought this was a scandal) may have altered their opinion before they sat down to watch the movie as it is.

"...the whole Nagini fuss over being cast by an Asian woman (for someone who married into an Asian family, I found it utterly ridiculous that the internet thought this was a scandal)"

That's nothing compared to the online fuss over putting African-Americans in a Star Wars movie. Xenophobia and racism is unfortunately alive and well on the internet.

Not reading this post...I haven't seen it yet!!

We eagerly awaited all the HP movies, read all the books. Loved the first Fantastic Beasts. Eddie Redmayne is an actor and an half. We are going on Friday p.m. Huzzah!

Why do critics grumble about the movie adhering to their own personal standards?

I have only seen the first Harry Potter movie. Its was ok but never got into wanting to see the rest of them.
Lisa

The origonal is the best.

Glad you liked it!

Glad to hear you liked it. I didn't love the first prequel, but I will be giving this one a try.

I didn't read your complete post, Adam, because I don't want to know what happens. I'd like to see the prequels.