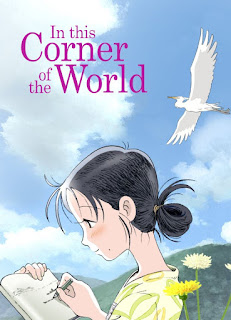 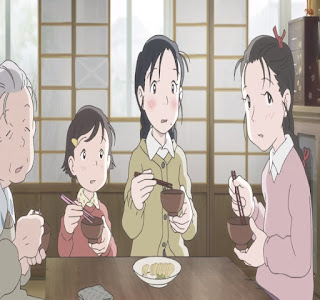 The film's main character is Suzu Urano who is a young woman in the city of Hiroshima, Japan during 1943. Life hasn't been that difficult yet despite Japan being a good number of years into World War II. She is shocked to learn that a young man from a nearby area in Kure. Despite not knowing who he is and having the option to turn him down, she accepts. 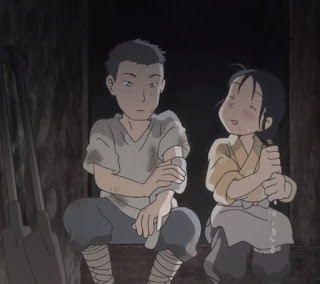 Her husband Shusaku Hojo is of a similar age and his family aren't really wealthy by any means. Suzu moves to Kure to live with her husband and his family. Most of the Hojo family accepts Suzu, with the exception of Shusaku's older sister Keiko Kuromura. Keiko is widowed and lost much of her "life" due to the war. She has much anger to suppress and it's often taken out on the poor sweet Suzu Hojo. 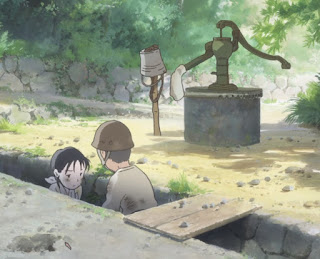 However the reality of World War II will get more real for Japanese civilians once the Japanese start losing to American forces. First rations get low and people start to hate what they have left to eat. Then there's the scare of air-raids. Then the airplanes actually reach the country and do considerable damage. But nobody in Kure or Hiroshima would ever expect what would fall upon their land in that horrid August. 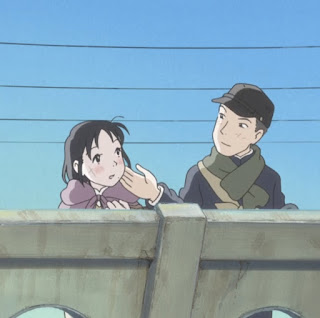 Overall In This Corner of the World kind of disappointed me. Critics really loved the movie, and I can understand the reasons why. It shows a story almost never seen in stories released in the Western world, which shows Japanese people as the main characters during World War II. But my problems with the movie is that the story moves very slow, and outside of the World War II stuff, Suzu does typical housewife things which in my opinion, aren't exactly exciting by any means.

Always good to hear a story from the other side's point of view.

I've never seen this one. The premise does sound interesting but I'm more of a Miyazaki fan. Have you seen Your Name? I liked that one too!