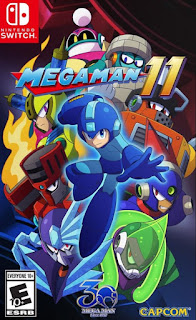 One of my fondest memories as a kid was renting the Mega Man games on NES from the video place (not Blockbuster by the way) when our mom would let us. While I was terrible at them, the games were pretty darn fun and I hated when we would have to return them to the dropbox. As I got older, I played the entire classic series and most of the Mega Man X games along with a few spinoffs. I really liked the Megaman 9 and 10 games but Mega Man 11 pushes Mega Man back into the realm of non-retro graphics. 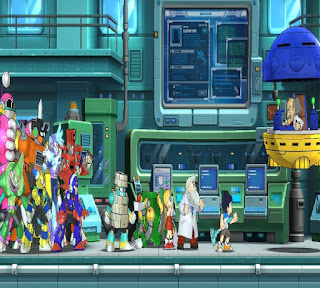 The story hasn't changed too much, Dr. Wily is still an evil jerk and he kidnaps another set of robots created by Dr. Light. Mega Man vows to take down the evil doctor but Dr. Light advises Mega Man that he would lose due to Dr. Wily's new revival of the "old" invention of the Double Gear system. Fortunately Dr. Light creates the same technology for Mega Man in thirty seconds (seriously Capcom?) which gives him a fighting chance. 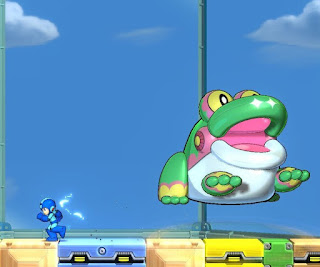 Double Gear allows Mega Man to do two different things. He can either go "Super Robot" (well I made that up) and increase his power dramatically which includes super moves, or he can slow down time which allows him to dodge even the toughest attacks with ease. You can only do either for a few moments, so you have to use them wisely. 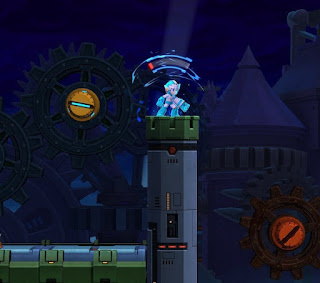 The rest of the game is pretty standard Mega Man from the classic series. You defeat several bosses (or should I say "robot masters") after going through their stages. You get to absorb their powers which allows you a rather increase in power. Every boss is weak to one of these powers and using them correctly in boss battles which allow you win in case you're terrible at fighting with the plain mega buster. 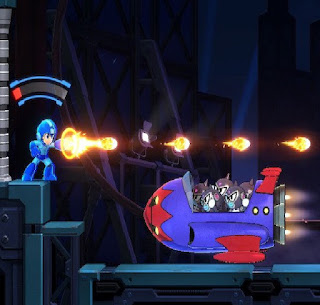 Overall I really enjoyed Mega Man 11. The game allows you to (finally) play the game on a easy mode which I enjoyed. Mega Man is more enjoyable to me when I'm not pulling my hair out for the sheer frustration though I somewhat miss that drama. But the levels are pretty well designed (unlike later games in the classic and X games) so there weren't many moments where I "hated" the game. My only compliant is that the game is rather short, only took me a short number of days to beat it all and I didn't rush it.