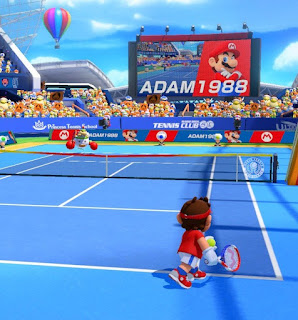 I've been a fan of the Mario Tennis games for years, but to be honest I haven't really played one since probably the Gamecube days. Well I did play the GBC game about four years ago but it had aged not so well. 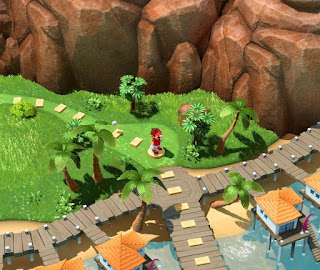 Aces has it's own Adventure Mode which has its own story where most of the Mario crew had turned dark and its up to the red plumber to reverse that. 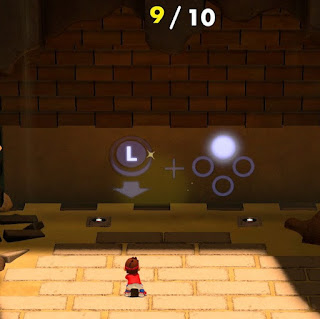 But most of adventure mode is to teach and refine your tennis skills. 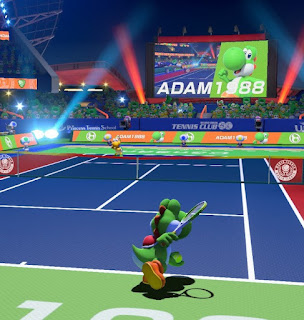 So you can use it in multiplayer later. There's the "simple mode" which allows you to play Mario Tennis like you remember. Then there's the standard mode which allows super-moves, slow-mo, and trick moves. While one may think that this would be a thing to be used too much by advanced players, it helps even out the gap in skill between players. 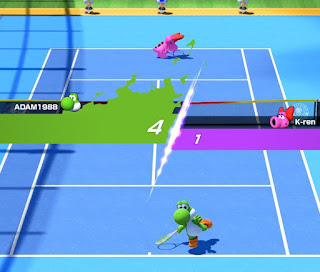 While my first hour online was pretty bitter (lost lost lost and lost again!) I did start to enjoy it once I started to get used to the new stuff and modify the controls to my liking. In ways it does feel like the same old game, but they did add some good new stuff. Plus it's my first online Mario Tennis and I can't turn that down.
Posted by Adam at 12:00 AM