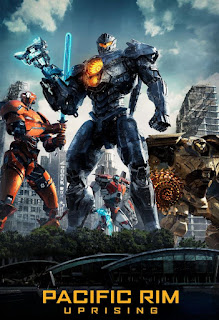 The original Pacific Rim was one of my favorite films from 2013. Any movie that takes five years to produce a sequel, typically seems a little odd. What's even odder is that its star Charlie Hunnam is not in this movie, period. Apparently he couldn't do the sequel due to his work on King Arthur: Legend of the Sword (horrible movie by the way) not giving him enough time to shoot Pacific Rim 2. So they made a new character casted by Star Wars' John Boyega (Finn in the Star Wars movies) for the new hero of the film. 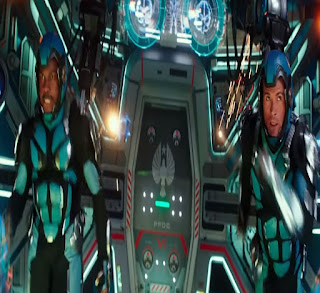 Boyega plays Jake Pentecost who is the son of the late war hero Stacker Pentecost. He makes it clear that he is "not his father" but yet he ends up getting drafted into the Jaeger pilot army again. Though it seems that the Jaegers don't really have anything to fight since the Kaiju have not risen since the events of the last film. 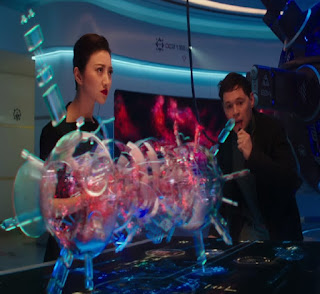 Though that doesn't mean the governments of humanity will be unprepared if that happens. A new kind of defense system of drone piloted Jaegers is being built. Headed by Chinese businesswoman Shao Liwen, her life's work is to build a new kind of system where pilots wouldn't die if their Jaegers were destroyed by Kaiju. 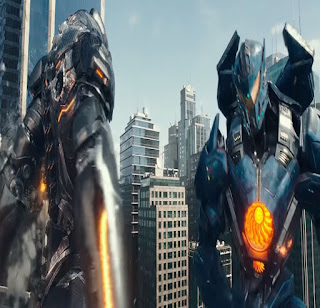 However a new Kaiju isn't what surprises everyone. A rogue Jaeger comes out of nowhere and starts to cause problems. The event leads to massive death and destruction and even leads Jake to lose someone close to his heart. If it isn't the Kaiju who is attacking the Earth, then who the heck is doing all of this? 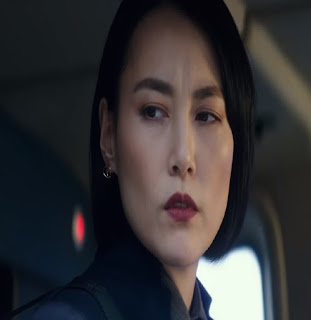 Overall I have mixed feelings over Pacific Rim. Because Universal couldn't wait another year to make the movie, they threw all they had worked for with the plot of the last film straight into the garbage can. That's a pretty big movie sin for me. I did like the new characters granted, and I did like how all the battle scenes take place during the daytime (instead of being not really visible in the darkness like the first film) so that's good. It does seem obvious they're going to shoot to make a third (and probably final) film and we will see if they can redeem some of what they had done. All said and done, it would be a better film if it hadn't ticked me off.
Score: B-
Posted by Adam at 10:00 PM

While not a great movie-a B- is not all that bad. That is not a movie I have watched. Hope you and Daisy have a wonderful Thanksgiving!

I would've waited for Charlie Hunnam to be available.