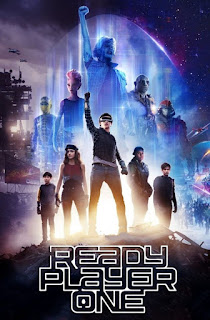 I didn't really notice much about Ready Player One this year when it came out. I heard it was about video games and Steven Spielberg but other than that, I had no idea. It was a pretty big hit at the box office and critics and regular folks seemed to like the movie for the most part though it had its fair share of dissenters. 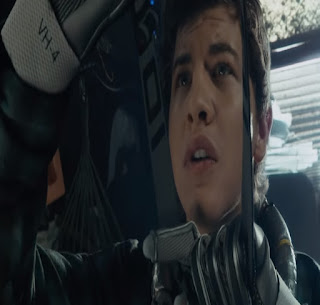 The movie is set in the future but not that distant of a future. The world is a bit more dystopian but one thing that is advanced is gaming. Every day people hop into the OASIS which combines the idea of 3D video gaming with literal virtual reality. After a large amount of years, its the main core of the world economy because of how huge it is. Wade Watts is a simple orphan living with his aunt in poverty, but he loves everything to do with the OASIS. 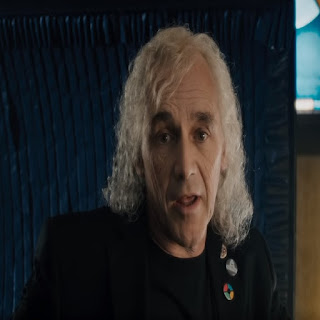 The game was the product of its figurehead James Halliday who is like a god among gamers in Ready Player One. Wade knows almost every detail about Halliday's life, but one problem is that he never will meet his idol, since he is dead. However Halliday left an announcement after his demise, that whoever finds the "easter egg" in his game would not only receive his vast fortune but the complete control over OASIS, even the ability to shut the whole game down. 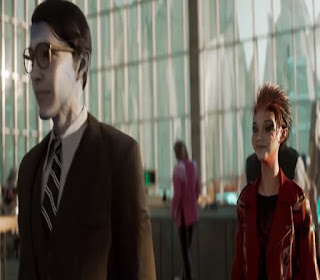 Wade's "avatar" Parzival becomes famous when he finds the first key/clue to where to find the location of the Easter Egg. He isn't alone as many in his circle find out, and get close to the goal as well. He meets a young lady named Art3mis in the virtual world and falls in love with her. But all these goals will be challenged by the company Innovative Online Industries whose CEO seeks the Easter Egg so he can have total control in a corrupt corporate-rule. Wade doesn't just risk losing in the digital world, his own life could be at risk if he is not careful. 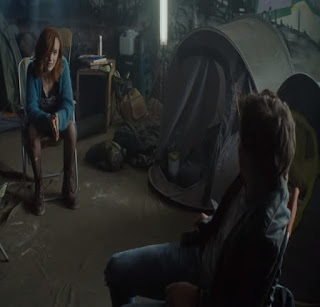 Overall Ready Player One was good, but I didn't think it was great. Decades from now when Spielberg is long gone, I really doubt this will make his "Top Ten" list when people reflect upon his work. This movie also seems like the plot fused the idea of Avatar by James Cameron with the popularity of games with huge fan-bases and large worlds for many players to compete against each other. The game has a lot of pop culture references, one of which is The Shining which I thought was the coolest thing the movie did.

We recently rented this and enjoyed it...my son watched it as many times as he could before the rental expired lol

Saw the trailer at a movie we went to last summer, but forgot all about it until now.