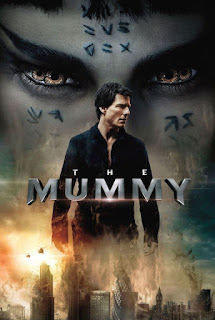 The Mummy is a film series I remember watching only a few years ago. I think this 2017 film motivated me to the see the old Brendan Fraser ones. They were good, but not great films. This new Mummy film was to create a new "universe" by copying the Marvel Cinematic Universe but Universal wanted to create a universe (called the Dark Universe) using characters out of their classic monsters line. The Mummy was set to the best first of many...more on that later. 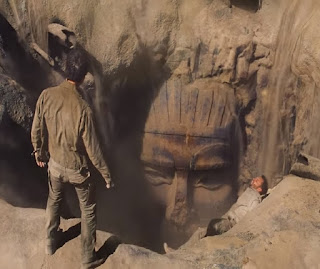 Tom Cruise (the lead, duh) plays Nick Morton, a U.S. Army sergeant who currently does work in Iraq. Though he doesn't work really for the Army in his heart, his uses his position to find rare artifacts and uses them to make him rich while the chaos of war makes it easy for him to do this work unnoticed by his superiors. 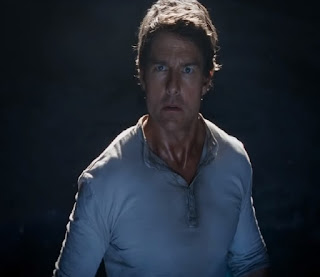 However Nick, his buddy Chris Vail, and archaeologist Jenny Halsey find a huge find in Iraq in the ruins of Mesopotamia. Jenny especially refuses to let this find go unnoticed when the horrors of war urges them to retreat. However, they should have left it all alone. 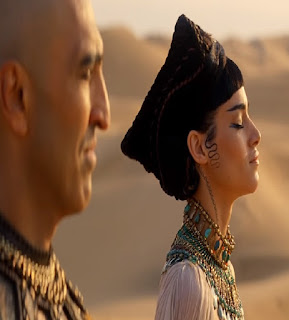 For it housed the remains of Ahmanet, a very ancient Egyptian princess who murdered her father and brother in her quest for power. She made a deal with the Egyptian God of Death to gain a very dark version of immorality. However before her mortal life was up, her plan was ruined by men loyal to her dead father. She was mummified alive and buried far from Egypt. However when modern humans wake her up, this mummy isn't going to be a happy lady. 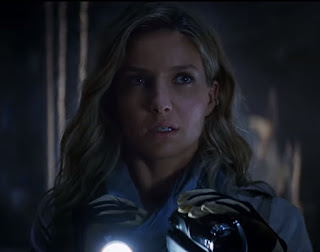 Overall The Mummy is only a little better than I expected. I've never been a fan of Tom Cruise and this one won't change my current opinion of him, at all. The acting isn't super-bad (like some critics said) but I'd say the lack of character depth and attachment really dulls the already rather mundane story. I have a mild crush on Sofia Boutella, but this wasn't a good choice of role for her. Which I'm sure she regrets. While a lot of people went to the box office to see the movie, up against a massive budget (what was Universal thinking, really?) it basically caused their new universe to collapse on itself because Universal thought they'd create a new MCU with monsters but came out with a film that's a embarrassment for all those involved.

I didn't know there was another mummy movie, I'll look for that here,,I really liked the mummy with Brendan Fraiser,the first one I liked the most but have watched all of them several times,,

I can't stand Tom Cruise, so I never watched this one. I do like the Mummy ride at Universal Studios though.