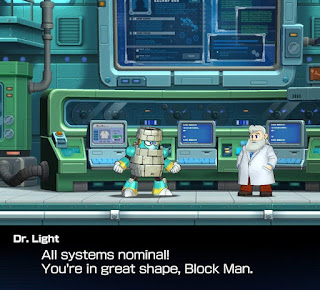 Block Man is the first boss we see in the game. The first robot finished by Dr. Light in the group of new robots. Until Dr. Wily takes him and turns him evil. 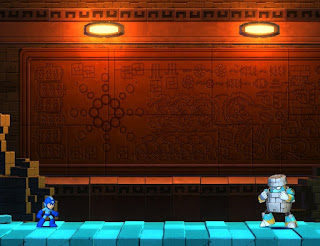 He first seems to be a regular Mega Man boss. Brought back a lot of memories. 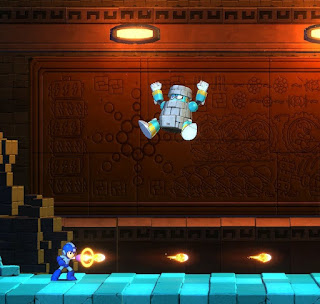 And jumps around with the usual NES-era flare. 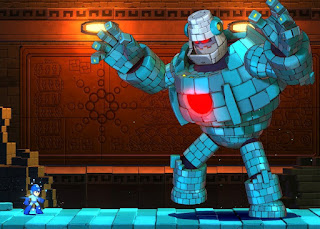 Until you beat his first health bar and he grows into a giant robot monster. This is where you really need to sweat. Even with your powers to slow down and become more powerful, you'll need some help for sure. 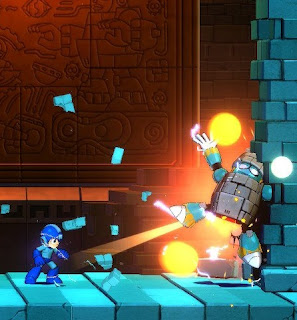 He returns to normal for one last mini-battle but I didn't lose to him after his monster form was defeated. It was a pretty fun boss battle in my opinion. 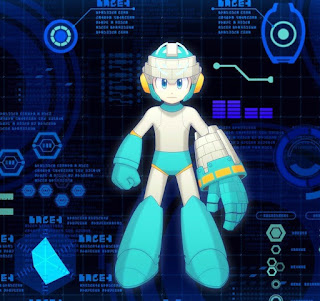 When he is gone, you get the block dropper power. Along with the new costume and giant robot left hand. 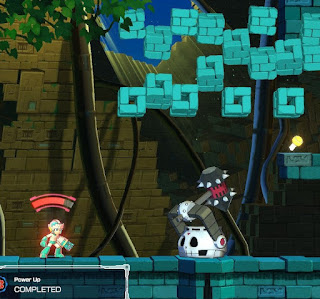 Which drops a bunch of blocks as the name implies. On the super-power double gear ability, almost any enemy can't dodge the bunch of rocks in the sky.
Posted by Adam at 11:30 PM