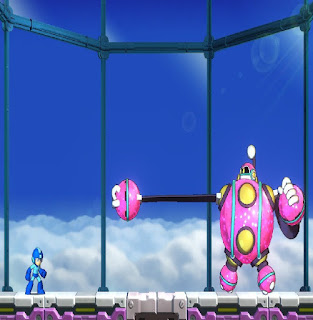 This pink titan isn't exactly the hardest boss to beat in Mega Man 11. He often moves like the name suggests. 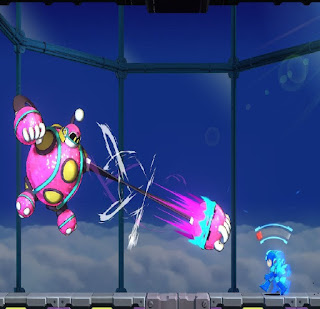 It's good thing you can slow down time, because that punch is killer if it lands. Slowmo is certainly your friend in this battle. 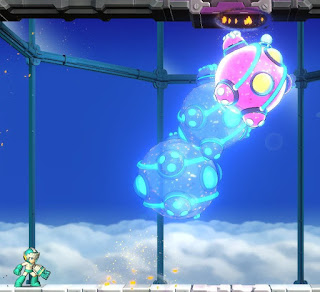 I was expecting a form where he grows into a super-version of himself, but all I saw was him turning more into a orb and going all over the place in an attempt to attack you. 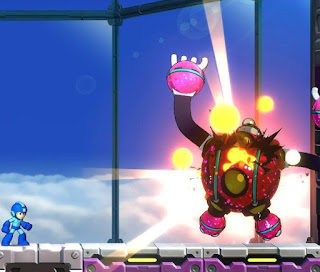 A decent boss battle but easier than I expected. I didn't have to use the super-weapon that he is weak to. 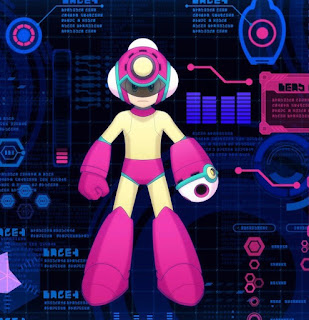 After he falls, you get the bounce ball weapon and costume. 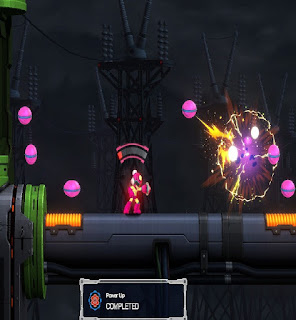 One of the funnest powers in the game. Especially with the double-power mode, almost any enemy that you come across will be toast.
Posted by Adam at 11:30 PM