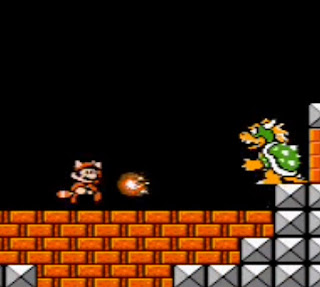 This was Bowser's first real appearance since the first game (since the Lost Levels was more or less deja vu) and thankfully, it evolved his boss battle instead of that sprint for the axe. 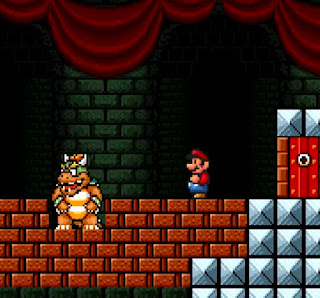 He would jump after shooting fireballs at you. It becomes pretty obvious with enough self-imposed stomps, he would be gone for good. 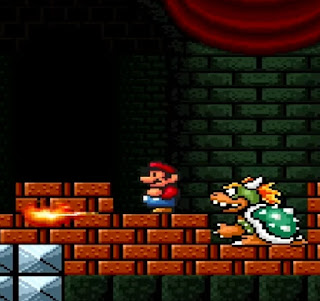 Which is easier said than done. For a Nintendo game, even back then, this one will certainly test your gamer skills. 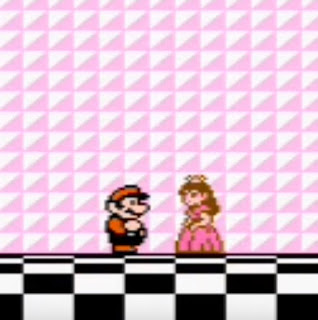 Obviously after Bowser is toast, you get to save Princess Peach. In the NES original version, she's resembles the later Princess Daisy more except her dress is pink instead of yellow. 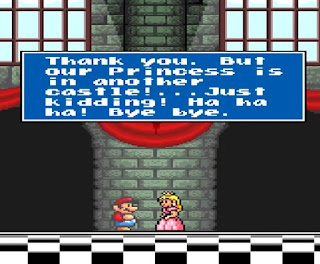 In the Super Mario All-Stars SNES remake, she's more of her standard self, thanks to the stabilization of her looks due to Super Mario World and would later prove true in all later sequels such as Super Mario 64.
Posted by Adam at 11:30 PM