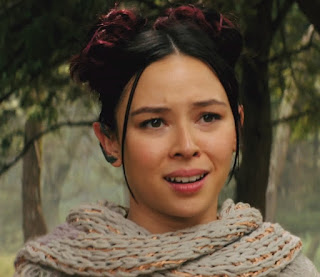 A character I didn't expect, Mareth is the daughter of Allanon through his previous romance with Pyria Elessedil. Pyria was a sister of King Eventine (making Mareth a closely related cousin of Amberle) which makes Mareth technically a princess of the elves. 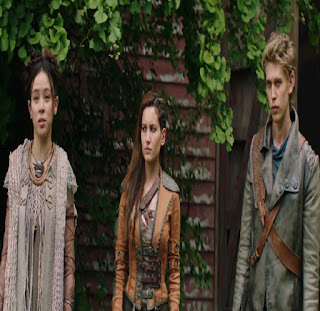 She joins Wil on his quest to defeat the Warlock Lord. But Mareth's main goal is to find her Druid father, whom doesn't even know she exists. 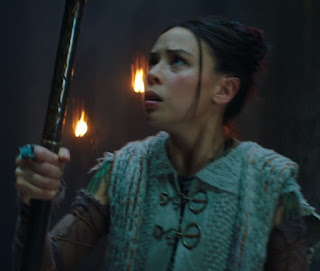 Being half druid and half elf, Mareth has very gifted powers in magic. Her father's staff comes to her when it was captured by the Crimson elves. 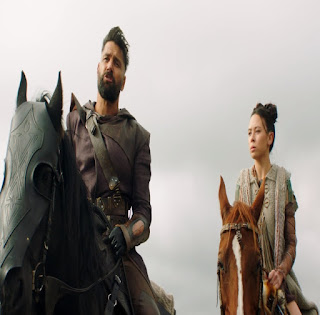 Her meeting Allanon was bittersweet. While he did seem to care for her, he also didn't trust her a lot and there wasn't a whole lot of love there for awhile. 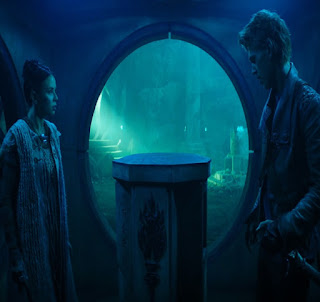 But she teams up with her father to trick Bandon. Which somehow ends up with Wil and herself going back in time to save Wil's father Shea. 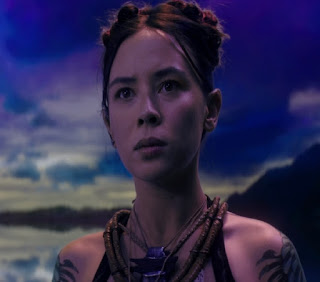 And she bravely risks her life to save her father's. He managed to teach her enough about magic to help Wil destroy the Warlock Lord for good. 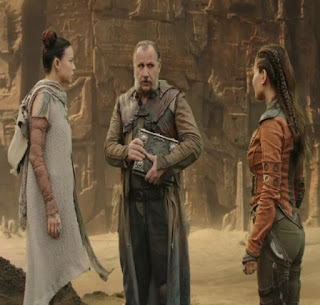 At the end of the series, Mareth makes peace with her father's memory. But then learns that Wil is still alive. Since the series wasn't renewed, we won't really know where that plotline was headed for.
Posted by Adam at 11:30 PM