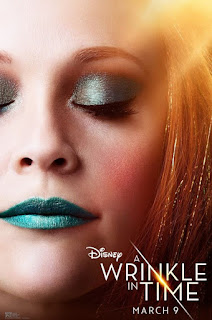 I didn't know much about A Wrinkle in Time when it came out earlier this year, but it did catch my eye. Not so much to make me want to see it in the theaters mind you, but I was interested in it in a mild sense. It eventually landed on Netflix Instant, as I can recall my mother gasping when she saw it pop up on her list at her house. I wasn't super-sure if I was going to like the movie or not, but I was going to give it a try. 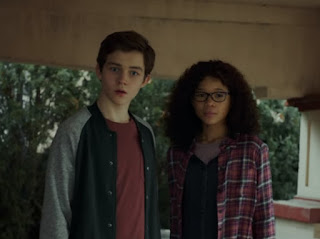 The story's hero is Meg Murray, a middle school girl of well above average intellect. Part of her brains comes from her father Dr. Alexander Murray as he's a famous scientist. However one day, her father disappears with no explanation. Meg doesn't really believe it was something as simple of a family "walk-out" but something seriously above the realm of the normal. 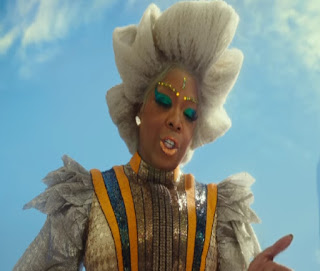 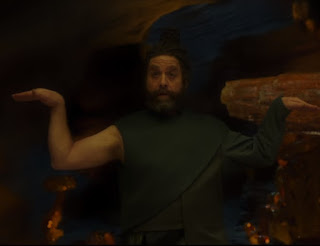 They soon learn of a dark force in the universe that travels faster than light. It goes to make everything it touches turn into misery and sorrow. While Mrs. Which, Mrs. Whatsit, and Mrs. Who are powerful, they often have to ask for the help of others, such as the Happy Medium. Meg will soon realize that she may not be strong enough for this adventure. 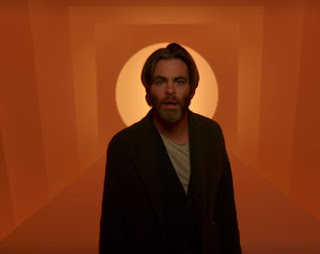 Overall I disliked A Wrinkle in Time quite a bit. While the movie (though not always) is visually appealing, the plot is just a trainwreck. It's actually based on a book from 1962 of the same name, and I hear its author Madeleine L'Engle tried to merge her Christian faith and love for science in her plot. Which makes me a laugh a little as I didn't detect the religious undertones (which probably were diluted for this version) but I thought that even for something sci-fi, this stuff wasn't making ZERO sense. It's not atrociously bad, but for the vast majority of people, it's one of those movies that could put you to sleep if you're slightly drowsy. Critical opinion and regular folks seemed to concur that this movie was a flop, because it sure was for Disney.

I LOVED the book ~ first read it in about 4th grade, and have gone back back to reread it many times afterwards.
I HATED the movie ~ I turned it off just after Oprah made her appearance. Too gimmicky.
Happy what ever you celebrate, Adam!