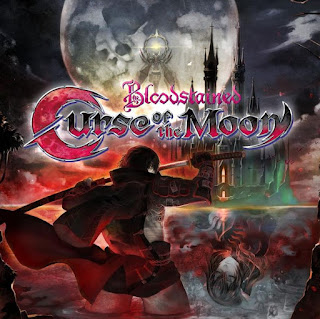 One of my favorite series of games, Castlevania has been rather in dormancy besides the Western-developed Lord of Shadows sub-series of games. I wasn't a big fan of the classic games either, but rather the Metroidvania games on PS1, GBA, and Nintendo DS. Bloodstained: Ritual of the Night is an upcoming game made by the ex-Konami guys who wanted to make another Castlevania but not really Castelvania. Their support from fans went so well, that they released this prequel game earlier this year. 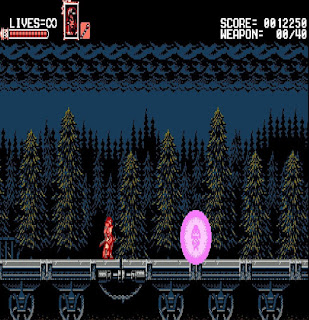 Much like Castlevania 1 and Castlevania III: Dracula's Curse, Curse of the Moon is an "8-bit" game despite being on hardware (almost every system you can think of) that can do so much more. Unlike those NES games, since the hardware is far superior to the game it's suppose to be, it doesn't have gameplay that feels clunky and sluggish due to the limitations of the system. You play first as Zangetsu, a Japanese demon hunter who has arrived in England. 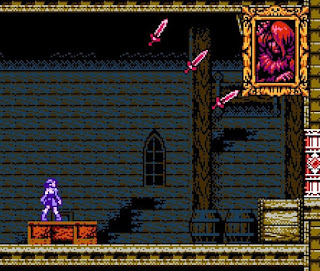 Like Castlevania III: Dracula's Curse, in Curse of the Moon you get to play as four separate characters. Zangetsu reminds me more of Alucard from Symphony of the Night with his sword, then there's Miriam with her (Belmont like) whip, Alfred with his magic (like Sypha Belnades) and spells, and Gebel that can turn into a bat much like Alucard in both Symphony of the Night and much more so, the third Castlevania game. 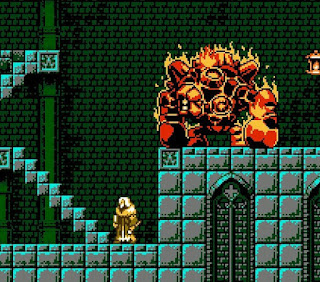 The game is linear like that the classic 2D Castelvania games. You play through levels (with multiple paths) until you reach the end and you face a boss fight. The bosses are quite a bit more fun than the old retro Castlevania bosses. I also didn't expect them to unleash a killer supermove on your warrior right before they perish for good. 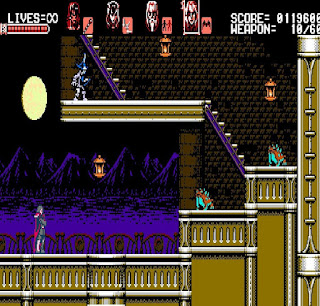 Overall Curse of the Moon is a pretty solid prequel to a game that should hopefully be what fans have waited too many years for. While Koji Igarashi didn't really get a start in Castlevania until Rondo of Blood, and I'm not sure how much work he did here, it's impressive to see him oversee a project that worked well but not in the Metroidvania style. The game is pretty short (1.5 hours to 2) on your first run, but they do have new modes with a secret stage and boss that is much much harder to finish than the original mode for those (unfortunately not me) who prefer that.