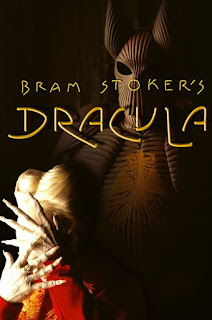 I've heard of this version based on the novel Dracula for many years. I heard Gary Oldman was well praised for his portrayal of the demonic vampire. I'm not quite why it took me so long to see the movie, I guess it was the fact I didn't have easy access to it perhaps. But once I saw it was on Netflix Instant, I seized the chance. 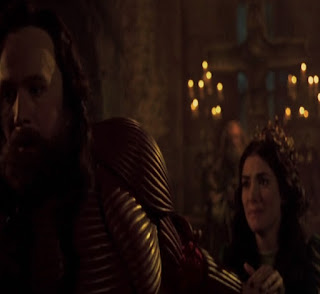 From what I can tell, the movie is pretty faithful to the novel, at least when compared to other works with Dracula in it. The film starts with a flashback of centuries prior where Vlad the Impaler goes off to fight against the Turks of the Ottoman Empire in the name of the Christian version of God. His wife Elisabeta hears false reports that he died in the battle, and she takes her own life as a result. The Prince of the small Easter European nation defies God and priests when they tell him that her soul is damned for eternity. He soon makes a deal with the Devil (not literally) to become a creature of pure evil. 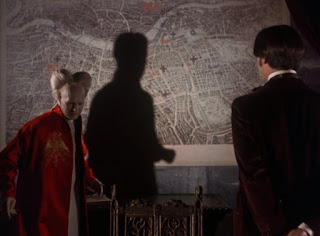 Then we see the year 1897, where a young lawyer named Jonathan Harker helps settle the real estate of a Romanian Count by the name of Dracula. While he is a little spooked at first, his childish fears turn into real legitimate reasons to be concerned. The problems grow even worse when Count Dracula discovers a picture of Harker's fiancee. 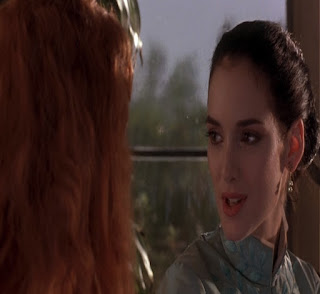 Luckily for Dracula, Harker's fiancee Mina Murray looks just like his departed wife. Believing her to be the reincarnation of his beloved spouse, Count Dracula goes to London to meet her in the flesh. Going back to a more youthful form, he tries to win her heart without much trickery. However, he will find it difficult to sever her emotions to her fiancee. 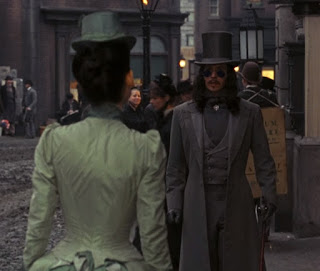 Overall I was pretty impressed by Bram Stroker's Dracula by Francis Ford Coppola. I hear most critics liked the movie and most of the casting. I did read that everyone apparently spat on Keanu Reeves who at the time was really famous for playing a not very bright Californian surfer dude in the Bill and Ted movies. He's certainly overshadowed by Gary Oldman (Dracula) and Anthony Hopkins (Abraham Van Helsing), but I thought he did okay.

I loved that movie. I've watched it a few times. He made a great dracula.

There's a swirling, nightmarish quality to Coppola's direction in that film.

This has been on my "to see" list for a long time. I really should get around to watching it some day.

That's one of the only things I remember about it.

We saw this a few years ago. It was excellent.

I just recently saw this movie again! I think I've seen it about a hundred times now. I've always loved vampire movies and I thought this was quite good and was pretty faithful to the book.

It's been so long since I've seen this one, but if I recall, I also enjoyed this version very much.