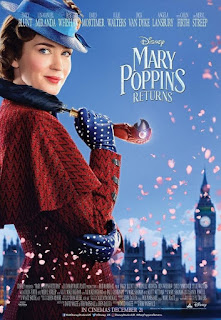 As a child, I knew who Mary Poppins was but I never saw the movie until a few years ago. I thought it was a decent film, but certainly not exactly what I expected it to be from all the waves it made in popular culture throughout the decades. I'm a big fan of Emily Blunt, and when I heard she was going to be Mary Poppins (cause honestly, it's a little late for Julie Andrews to take the role back) I was fairly excited when I saw the trailer. 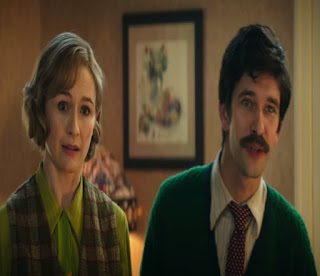 The film takes place with the original Banks children who are all grown up. Michael Banks has three children of his own while his sister Jane Banks appears to be at the time, childless and unmarried. Michael's wife Jane has passed about a year prior which makes it very difficult in many ways for the household. 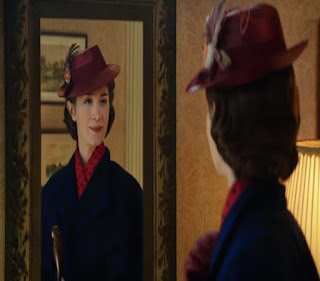 That's until Mary Poppins returns out of the blue. Despite it being about twenty-five years later, she doesn't look like she has aged at all. Like the last time, she offers her nanny services to look after the Banks children, except this time, she has a new generation of kiddos to teach about creativity and imagination. 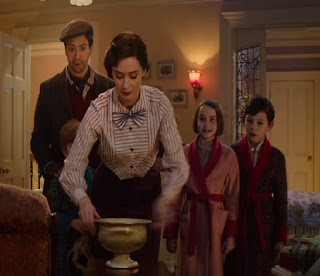 However the children soon learn about their father making mistakes that have them about to lose their house from the bank. However, their father remembers that his own father had left him an inheritance which could resolve the whole mess. However, nobody in the household can seem to find the paperwork to prove anything. Will Mary Poppins save the day? 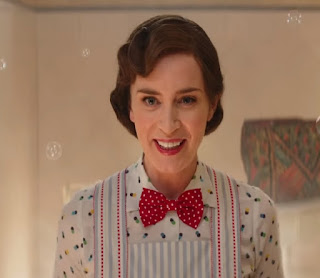 Overall I actually liked this Mary Poppins sequel more than the original. Emily Blunt has taken on an iconic role pretty darn well, which I'm sure was a challenge for her, as it would be no easy task for any actress. The plot could have been a little better, and some of the songs aren't as good as the others, but Disney did well at making a sequel for a film that came out over 54 years ago.

Really I would be happy to see this movie !!

I liked the original as a child, but when I watched it a few years ago with my own children, I hated it. I do, however, want to see this new one.

I'm sure children will love the movie - have seen a preview of it somewhere.

Two of my kiddos watched this when the school had their movie day before Christmas break and they liked it well enough. They've never seen the original though!
Anyhow, Merry Xmas to you and Daisy:)

This is a movie that I really want to watch. i've always love mary poppins!
TheNotSoGirlyGirl // Instagram // Facebook

Glad you enjoyed, I am a fan of the original as I was a little girl at the time, it seemed magical.

I thought this movie was a remake. Glad to know it's not. The story can stand on it's own then, no comparison with the original, which I thought was boring.