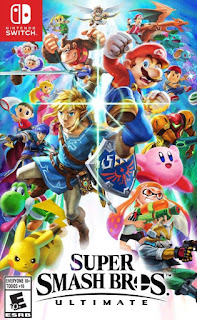 One of my favorite things ever since 1999 is Super Smash Bros. It's kind of funny, this fighting game of Nintendo's best characters didn't seem to make a huge splash with the gaming community as a whole until Melee impressed so many on Gamecube. I remember some critics being utterly surprised to see how excited gamers were to see Brawl announced for Wii. Ultimate improves on all the games before it with its massive roster and they made sure to bring back all the fighters. Was it worth the wait and is it the best Super Smash Bros. of all time? 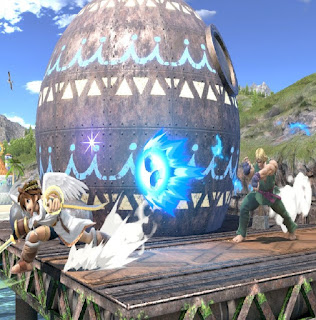 The game-play hasn't changed much since the Melee days. Unless on Stamina mode, the only way to win is to knock other characters off the stage to their doom. The more damage you unleash, the easier it is to launch your enemy. Obviously you can pick any character, and many of the characters (sans echo fighters) have their own unique moves. No two matches are ever the same, unless you're really boring and stupid. 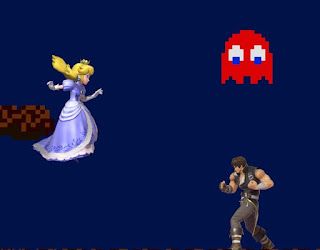 Classic mode is about the same as previous games. You pick a fighter and go through a few stages until you reach the final boss. While Master Hand is around for most of them, some characters have their own unique bosses, like Giga Bowser for Mario. Since you have 70+ fighters, classic mode does seem to be quicker than I remember from the older games. 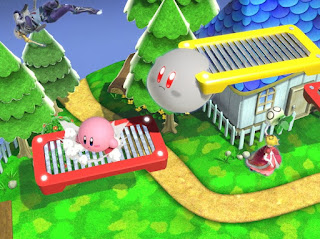 Adventure mode is now the World of Light. You start off as Kirby, as all of the other fighters had been defeated and their spirits captured by an evil being. You play many (and I mean A LOT) of mini-modes all with unique settings. Every time you beat a stage, you get a spirit which increases your power or skill in some way. Some spirits are aligned with the mini-stage like the Geno challenge having all characters that either were or resemble the cast of Super Mario RPG. 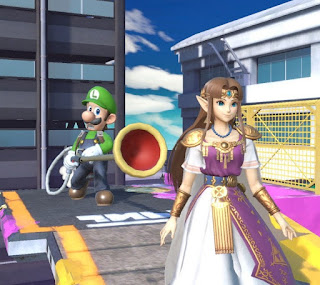 Local multiplayer and online is back (duh!!!) and this is where the game shines brightest. The greatest fun and most modes you can have is offline. But I will say, the online here is better than Brawl (which was laggy beyond belief) and Smash 4 (which was imperfect) but it could be better. The modes are less varied, and the game can have major or minor lag when there are four players on the screen at the same time, but it often evens out as the game goes on. 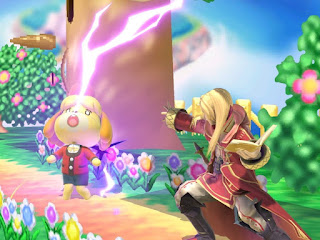 Like I expected before the game was even officially confirmed, Super Smash Bros Ultimate is an amazing game and quite a perfection from the minor but notable missteps I saw in Brawl and Smash 4 on WiiU and 3DS. The online multiplayer could use some fine-tuning, but I've spent a load of time with the game and the month isn't even over yet. For me personally, Super Smash Bros. Ultimate has dethroned The Legend of Zelda: Breath of the Wild as the greatest game on the console as of the end of 2018.