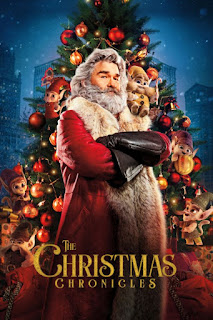 Christmas movies are hard to make an impression on me. While I do have favorites close to my heart, any movies outside that circle rarely stay within my memory. Netflix has done plenty of good TV shows, but they've been kind of bumpy on their original films. Though Christmas Chronicles looked too good to pass by, mainly because Kurt Russell is not only in the movie, but he agreed to be the star of the show, Santa Claus. 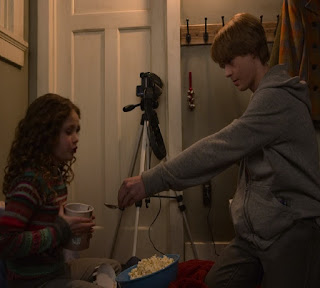 The story is mainly about the life of Kate Pierce and her brother Teddy. Their father Doug (played by Kurt Russell's real-life stepson Oliver Hudson) was a fightfighter but he perished in the line of duty. This really takes a toll on the household, with Teddy being the most negatively affected, as he hangs out with the wrong crowd and does bad things. His sister agrees not to tell their mother if he helps her stay up one night to catch proof of Santa Claus. 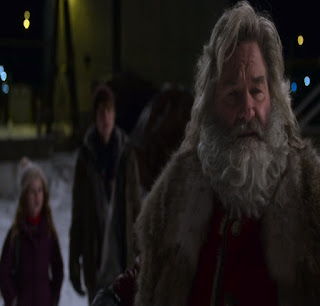 Sure enough, they barely manage to catch a glimpse of Santa Claus. They managed to sneak onto his sleigh without him knowing (plot hole to the Santa logic) but in the chaos, Santa drives his sleigh without much control. The trio crash into the snowy streets of Chicago, and while all of them are uninjured, it's not a good story. 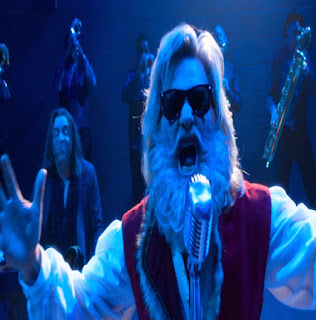 Santa has to figure out how to get his reindeer back and his magical present sack as well. While he could convince any true believer that he's Santa Claus, many of the grown-ups are going to be much harder to convince. Let's just say, it's going to be one HECK of a night for ol' Saint Nick and his two unwanted "helpers". 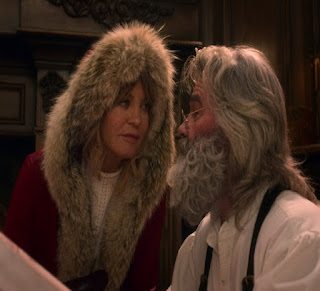 Overall Christmas Chronicles was about what I expected, a decent Christmas movie with Kurt Russell. Though without its star-power, the movie does kind of reek of the genericness of Christmas plots, so much so that a movie with a lesser known Santa actor probably would have landed on Hallmark or Lifetime instead of Netflix. One of my co-workers Nivesha had seen the movie as well, and she said her kids loved it.

I would love to see this Adam!

Et moi, not seen any with beard.

Oh I want to watch this film
xx

I've saved this on my list so we can watch it. It sounds pretty enjoyable.

I haven't watched it yet. I'm waiting for my daughter to come home from college so we can watch it together. A lot of the ladies on my facebook really enjoyed it though.

I believe that's Goldie in that bottom picture. That right there would make me want to see it.