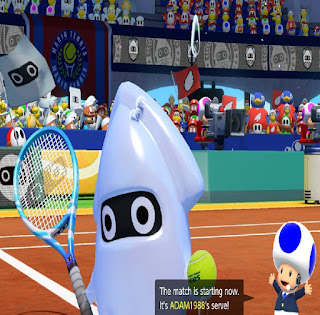 Blooper is a long-running Mario enemy/ally that is finally starting to be a playable character in the spinoff games. 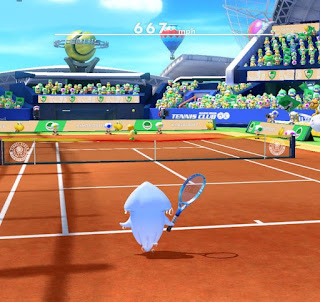 His incarnation in Mario Tennis Aces has him as a tricky character. 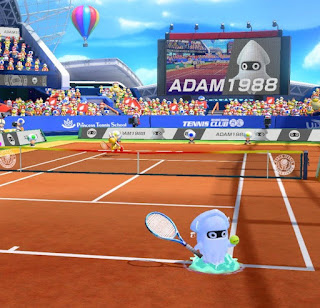 I found he's pretty good at countering with trick shots, but his curves is nothing compared to Boo's. 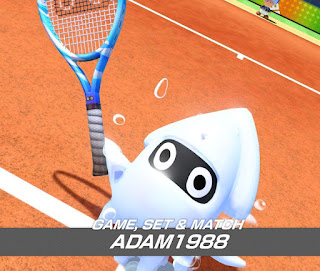 But overall I liked him, but I thought he was among the weakest of the tricky tennis players.
Posted by Adam at 11:30 PM

Yes stick to reviews of this stuff Adam - far safer than on stupid remakes of classics.
I am buggered how you can sit and watch this above stuff. I have to be tied to a chair with my eyes taped open - ha ha!
Coin