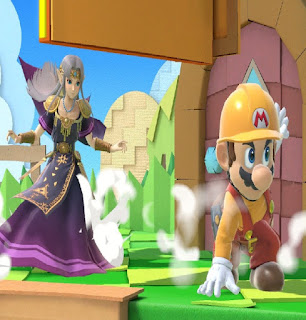 Nintendo's most iconic mascot is obvious as the first character to pick when playing any Super Smash Bros. game. Like always, he's a good all-around character that most people like. 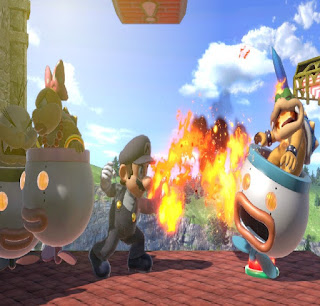 Most of his moves are about the same. He has his fireballs, jump punches, and the cape that reverses things. 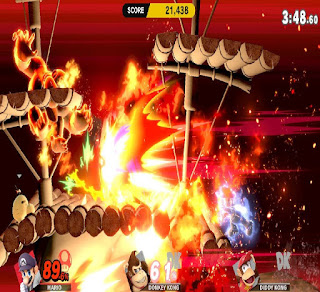 His Final Smash, the Mario Finale is a bit weakened from what I remembered since Brawl. 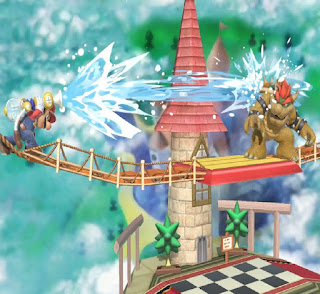 The other thing I noticed was that his down-special move was FLUDD. As a big fan of Super Mario Sunshine, I loved FLUDD, but he's more of a weakness than a strength. You have to build up your water but it doesn't cause much damage nor does it knock someone off the stage very well either. 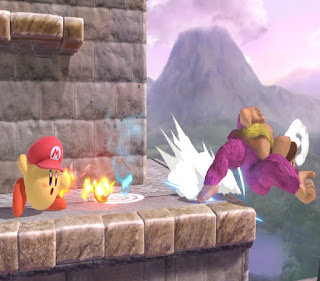 Kirby's power when Mario is absorbed is having his iconic red hat and his famous fireball technique. Not a huge advantage to Kirby, but a staple of every Kirby Mario incarnation since the series began on the N64. 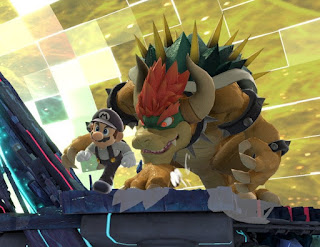 That being said, Ultimate's Mario had been my least favorite version of him in the whole series so far. Online I would often come in 2nd with him, but never could I get to be first. I would fare better during 1 on 1 bouts.
Posted by Adam at 11:30 PM