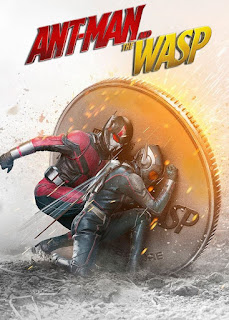 MCU's Antman was a pretty big hit for a Marvel hero that I always thought was pretty lame in comparison to greats like Captain America, Iron Man, and Spider-Man. But the MCU made it work and Ant-Man was a good film, not among my top favorites in the MCU, but I still liked it. I missed this film last summer due to being busy around the time of its release. But I got a chance to see it the other day. 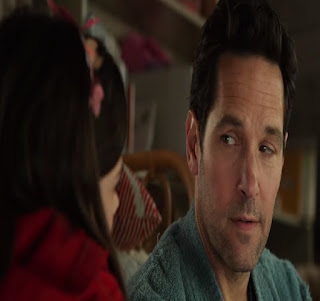 The movie takes place about two years after the events of Captain America: Civil War. While most fans wouldn't really think about it the aftermath of Ant-Man's role in the conflict, but siding with Steve Rogers got him in big trouble with the government. He is confined to a house and can't leave until his time is up, nor can he talk to Hank Pym or his daughter Hope van Dyne as the government blames their tech for the destruction in Germany. 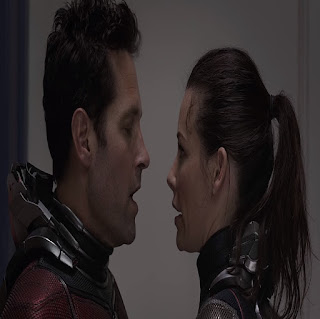 Which causes Hope and Hank to go underground. They "hate" Scott for going to Europe without asking and getting them in such hot water. But Scott has a mental link with their missing mother Janet van Dyne who got lost in a subatomic world back when Hope was a little girl. They believe Scott can find out where Janet is so Hope and Hank can rescue her. 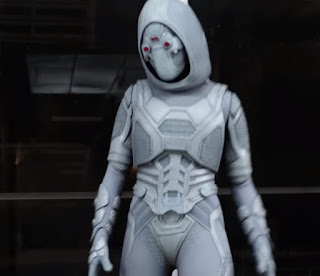 However a villain known as Ghost wants the same tech that could bring Janet back. Ghost seems to shift back and into reality second-by-second. She proves to be a stubborn force for both Ant-Man and the Wasp. Since her powers are more "magical" than scientific, it will be a rough couple of days until they can save Janet. 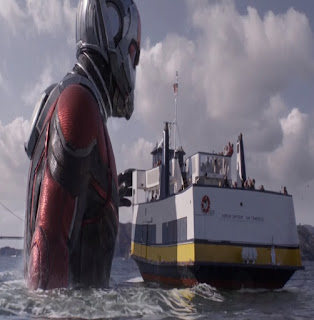 Overall Ant-Man and the Wasp was about on par with the original film, maybe a tiny bit better. I thought the plot could have used some work, but I do like its charm with its light-hearted and quirky humor. It has been confirmed that Scott Lang will be in Avengers: Endgame, and it will be quite interesting to see how he will fare in the fight against Thanos.

I'm looking forward to seeing this one at some point.

I have never been big on Super heroes but Batman and Wonder Woman were always my favorite. However, I totally want to go see Aqua Man.
Lisa

My hubby liked it!!! He also went to see AquaMan last week and loved it.

I am a fan Paul Rudd and this movie.
"This IS truth serum" lol

I enjoyed this well enough, although the villain was pretty lame, in my opinion. I did NOT see the ending coming.

Not seen it, and will see it.

The Husband and I liked this movie, too. Paul Rudd makes that character work for me.

I've always loved Paul Rudd!! Ever since Clueless, he is awesome!