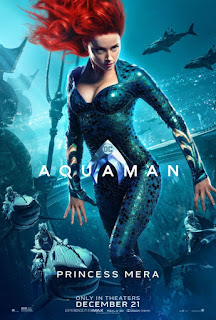 Since about 2000, superhero movies have been the biggest thing since sliced bread. For about twenty years, I've seen highs (Avengers, Dark Knight, Logan) and lows (Daredevil, Fantastic Four, Batman v. Superman) but one things for sure, they're here to stay. DC and Marvel have had a long bitter (yet sometimes friendly) rivalry, and Marvel sure did their homework with the Marvel Cinematic Universe despite struggling to get all the rights in check. DC didn't have to worry about that, but they've fumbled time and time again with the DCEU. While Wonder Woman was amazing, most of the other films were heavily criticized, though I personally loved Man of Steel. Aquaman comes at a shaky time and with a lot to prove. Can it save this movie universe? 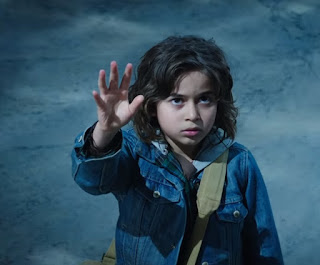 Since the DCEU messed up the flow of films, we have a film that's not really a prequel but shows Aquaman after the events of Justice League. We do see flashbacks of his past. We see his mother Queen Atlanna fall in love with his human father. However Atlantis soldiers working for her arranged groom bring her back home, and she leaves her family behind to save them. Despite his mixed-heritage, Arthur's underwater magic/powers are very powerful. 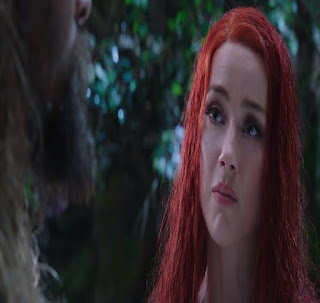 In the present day, he is found by Princess Mera, whom is the heir to another underwater kingdom. Arthur learns of his half-brother Orm Marius, whom is now King of his kingdom after the death of his father and the death of their shared mother. However unlike Arthur Curry, King Orm is a bad person. He seeks to unite the underwater world and have them declare war on the "surface world". Aquaman doesn't want a crown, but he wants the Earth saved. 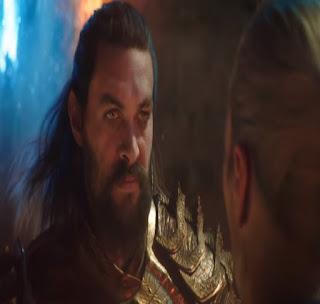 Despite his strong powers and being able to use them for awhile, Arthur soon enters a world that is alien to him. It doesn't take him long to meet his half-brother and this won't be a happy family reunion. Mera believes the key to peace is for Arthur to find a magic trident of the first ancient king. If he can do so, he will have the might he needs to dethrone his dark sibling. 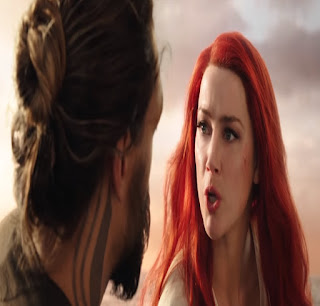 Overall I was actually more impressed by Aquaman than I expected. I was never familiar with much of James Wan's work with directing, but I can clearly see his talents here. I would imagine under Zack Synder (who directed most of the DCEU) this movie would have been a train-wreck like Batman v. Superman and Justice League. The plot and dialogue could have used a lot of polish, but overall this gives me new hope for a failing series of films.

You're so right that Marvel movies are much, much better than DC's efforts, generally speaking. I haven't seen Aquaman yet. May or may not go to see it in the theatre.

I want to see soon Aquaman, Im curious about it!!

We loved Aquaman and had been eagerly waiting for it. I hope this trend continues.

Entertainment magazine gave this movie a C-, as is often the case when it comes to comic based movies. Makes me angry.

thanks for the review

We liked Aquaman and we can't wait for all the 2019 Super Hero movies!! We just saw Into the Spider-Verse and I liked it more that I thought I would.

I actually really liked Justice League:) And yeah....loved this movie too even though am not a big fan of Amber.

I skipped your last paragraphs because I don't want to know too much about the story. You've got me excited to see it.

I'm not generally a fan of comic book movies... at all... but apparently, I'm going to see Aquaman this weekend. I'm glad to see that it could be worse.

We absolutely loved Aquaman. We saw it last week just because we had to go see Jason Momoa. He really made Hawaii proud.