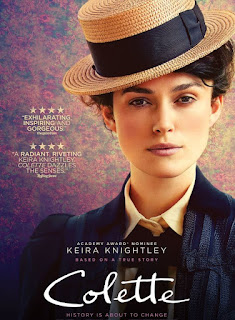 Colette was a movie I had no idea existed until about two weeks ago. I was looking at a list of new movies to come out on Blu-Ray and it caught my eye. That's mainly due to its star Keira Knightley, whom I've always had such high respect for even since I first noticed her back in the early 2000's. Colette is a biographical film by a "independent" movie director, which on paper reeks of what we call "Oscar bait". 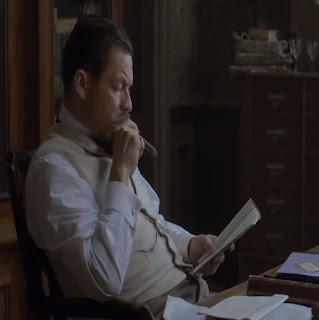 The film starts in Paris, France around the dawn of the 20th century. French author Henry Gauthier-Villars (known better by his pen name Willy) marries the much younger Sidonie-Gabrielle Colette. Their marriage isn't super odd, but it's not a perfect match. While Henry is good at making books, his poor decisions in life, often leaves him and his wife with an unstable future. 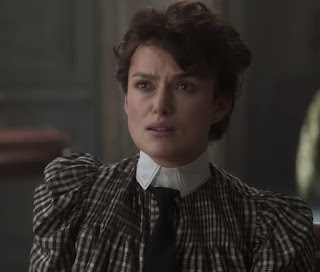 Henry hits a rough spot, and begs Colette to write for him. His pen-name means a lot to the people of France, so he insists she ghost-writes for him instead of going under her own name or a pen name. She writes a series of books for the fictional character Claudine, whom she heavily based on herself. And sure enough, they become a hit. 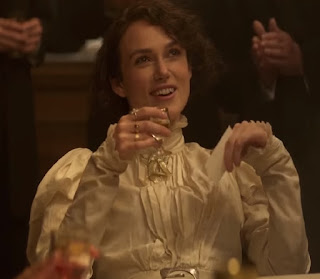 Mainly because they are well-beloved by young women. The Claudine books tap into a rather unknown genre (at the time) that hadn't been tried before. However Colette soon becomes more estranged with her husband. Can their marriage survive after he refuses to give up control of her own creative work? 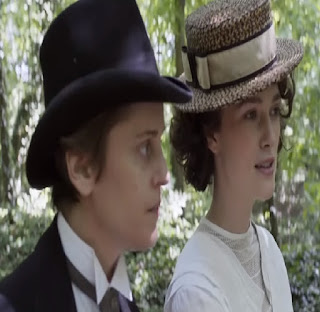 Overall I liked Colette but I didn't love it. The cast is strong and Keira Knightley will probably get at least a Oscar nomination for this one. The film surprised me as I had no idea that the real-life Colette was bi and that she eventually was in a relationship with someone who would be labeled today as a transgendered (woman to man) person. But despite those things, the direction of the plot goes up and down. It's also just about Colette's first marriage, we really don't get to see anything of all after that, which is odd.

Another movie to put on our Netflix queue. Thanks, Adam.

We really enjoyed this movie. Colette's story is well known to me from lesbian history. I think it was one of the better performances I've seen from Keira Knightley.

I'll have to add it to my list on Netflix.

Have to look out for that movie when it comes on Netflix - not in Australia as yet.

I've heard of this movie but haven't seen it. I do like Keira Knightly too.

I'd like to see it. I loved Gigi in its various incarnations.