Fact of the Day: Becoming a Duke 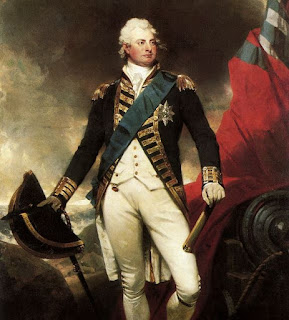 Like his older brothers, the future King William IV of Great Britain wanted an official title of Duke. However his father King George III wasn't ready to give him a dukedom. Prince William however was clever and told his father he would hold office in the House of Commons if he wasn't a Duke. Since the royal family at the time meddled with politics in Parliament, and that the sons of George III had often opposing viewpoints on political issues than their father, the King agreed and made William a Duke.
Posted by Adam at 12:00 AM

Disagreed with his father politically? I wonder if that means he was in favor of the American Revolution.

We had something like 5 German Shepherds growing up.
They were all named Duke.
Coincidence.
Or is it?